A field of honour for victims. A moment of silence due to vitalistic celebration.

The image of the face as a symbol of the finite human body, in which the finite also contains infinity.

The sky is the beckoning paradise; the earth is the place where we need to earn a living.

Arnix has symbolically positioned five balls in the centre between five faces. Five, according to Chinese philosophy, is the number of the centre, which unite the eternal feminine (Yin) and the male (Yang). It is the connecting number. The feminine symbolizes the earthly, the pliant; the male symbolizes the celestial, the strong; this forms the link between heaven and earth and thus a link of unity and togetherness as strength. This is literally and aptly portrayed by stainless steel mirror balls that Arnix offers to the beholder as a turning point of interaction – with a moment of introspection and existential orientation. 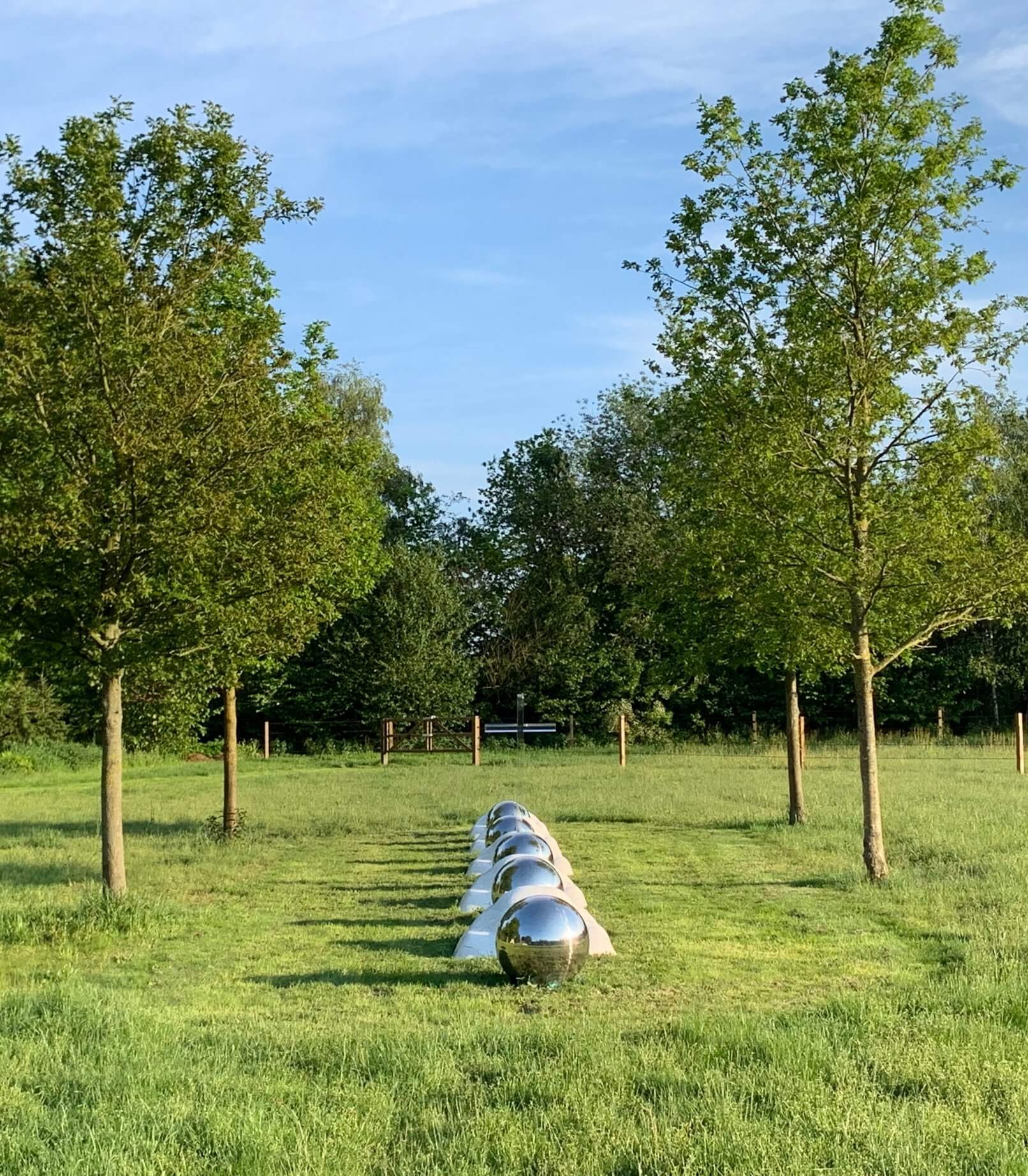 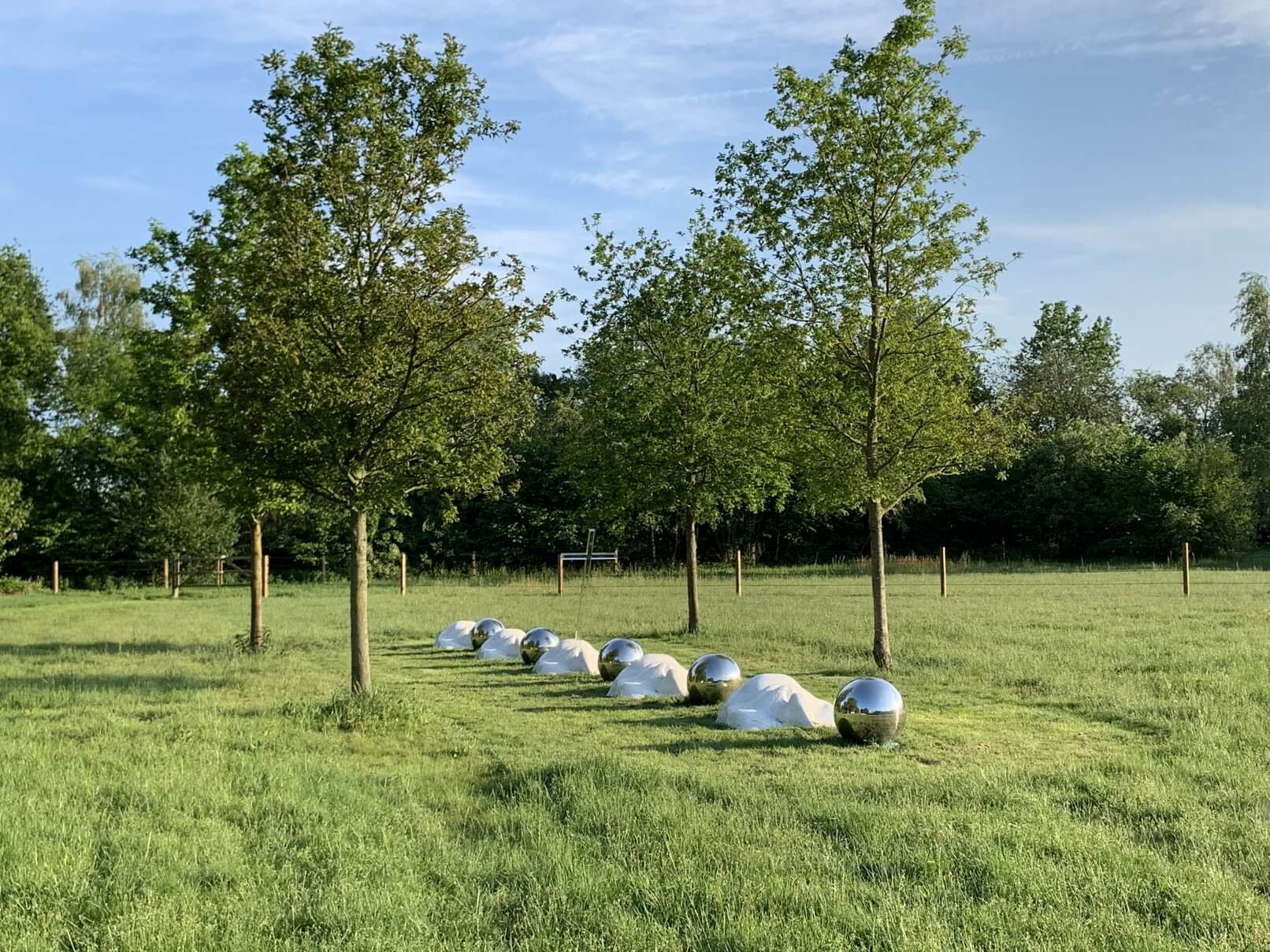