Medals: they stand for exemplary behaviour, courage, extraordinary achievement or leadership. With his particular view of the world however, Arnix infuses them at the base of Napoleon with an entirely different powerful and colourful meaning. Their presence and quantity are almost voluptuous and excessive and invite self-reflection. The glass bell suggests so-called immunity, the mirror self reflexion. 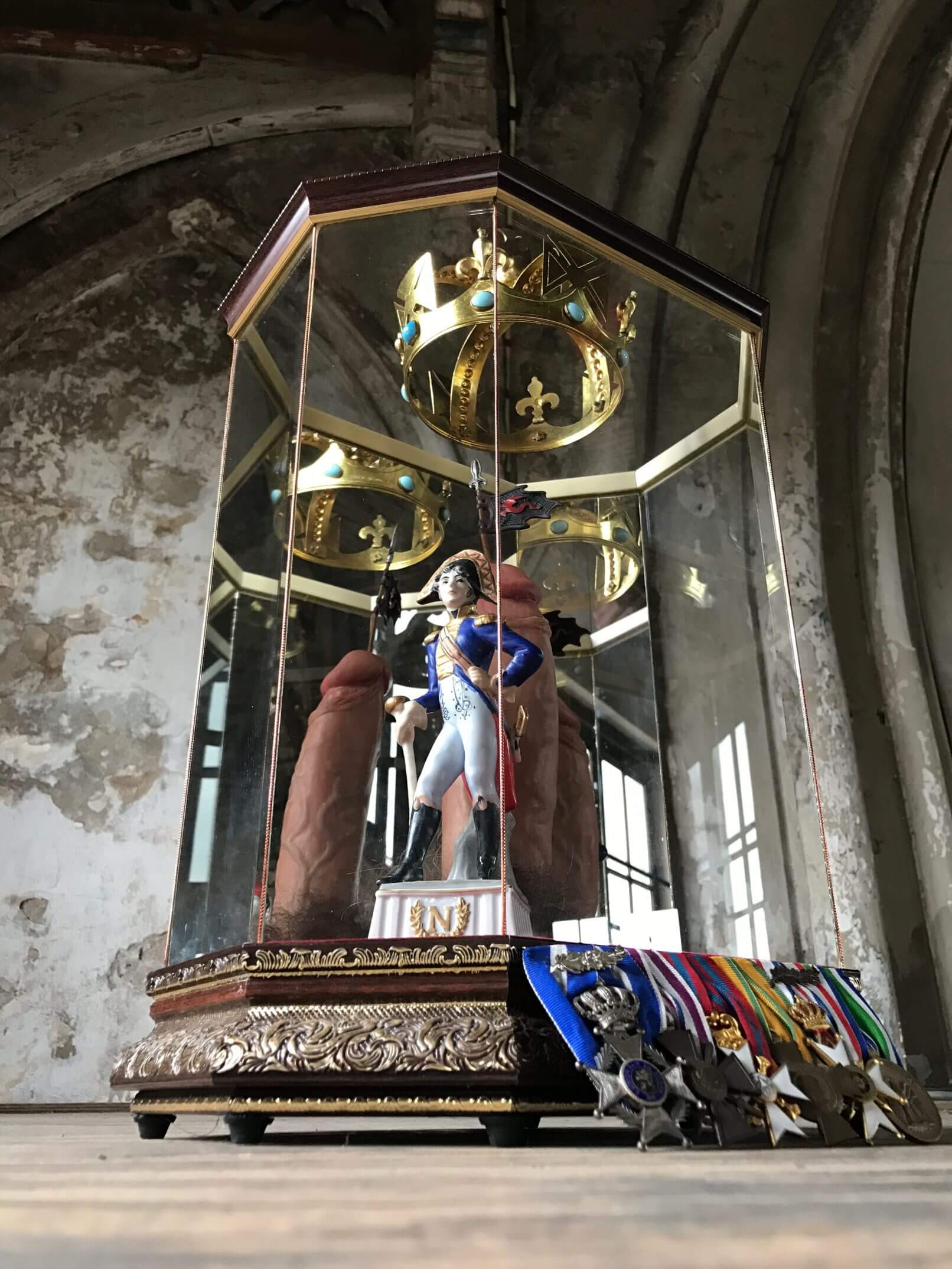 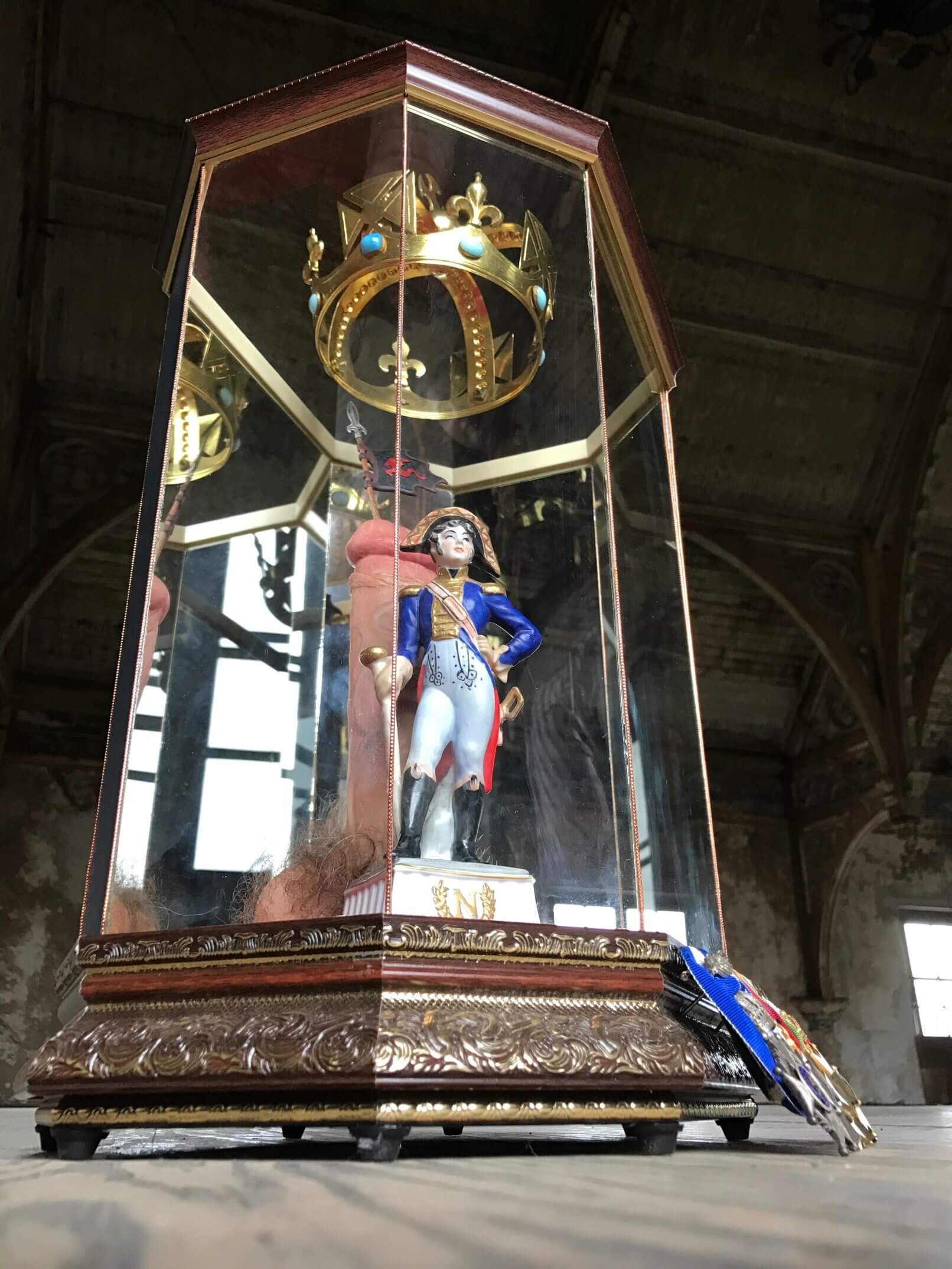 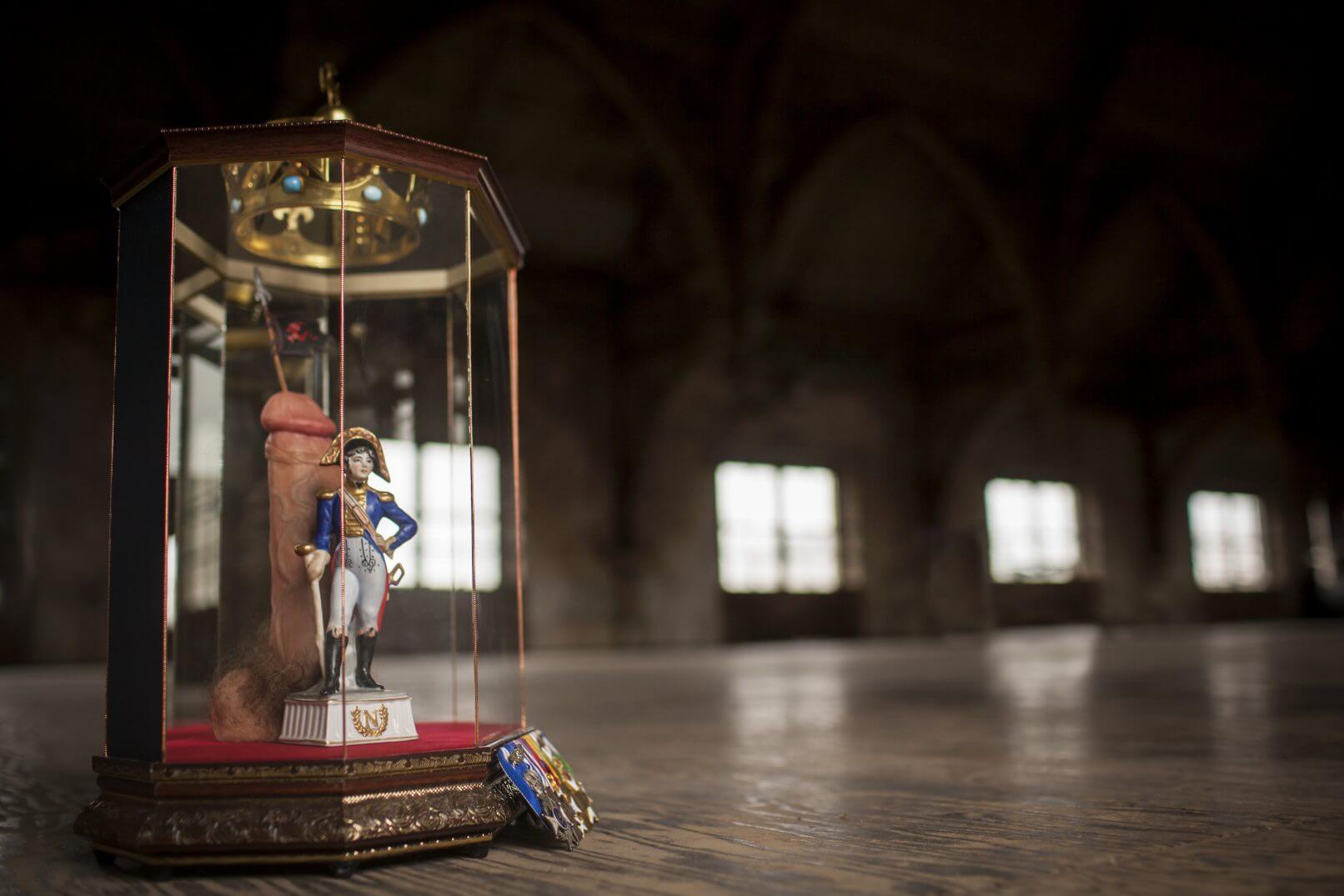 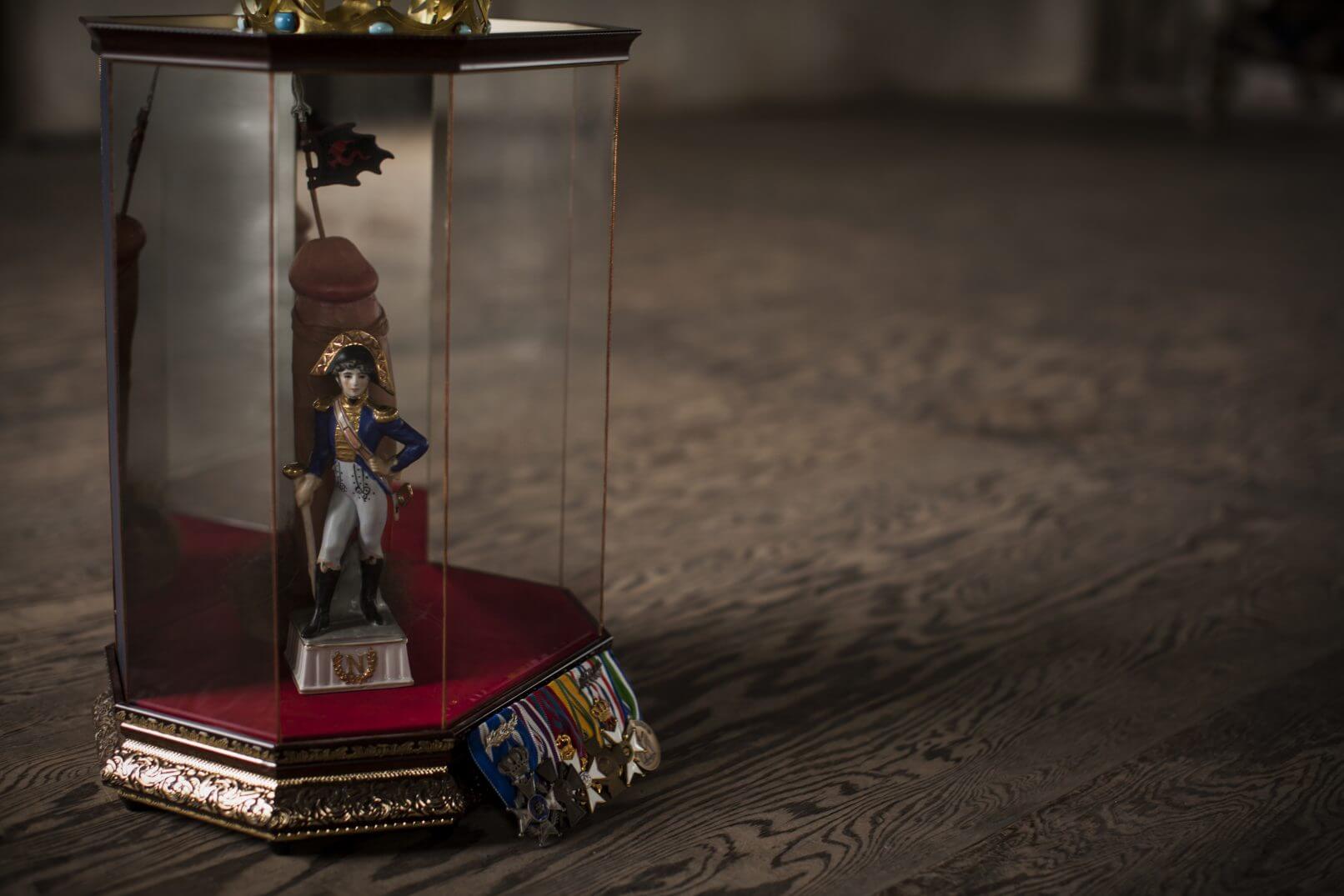 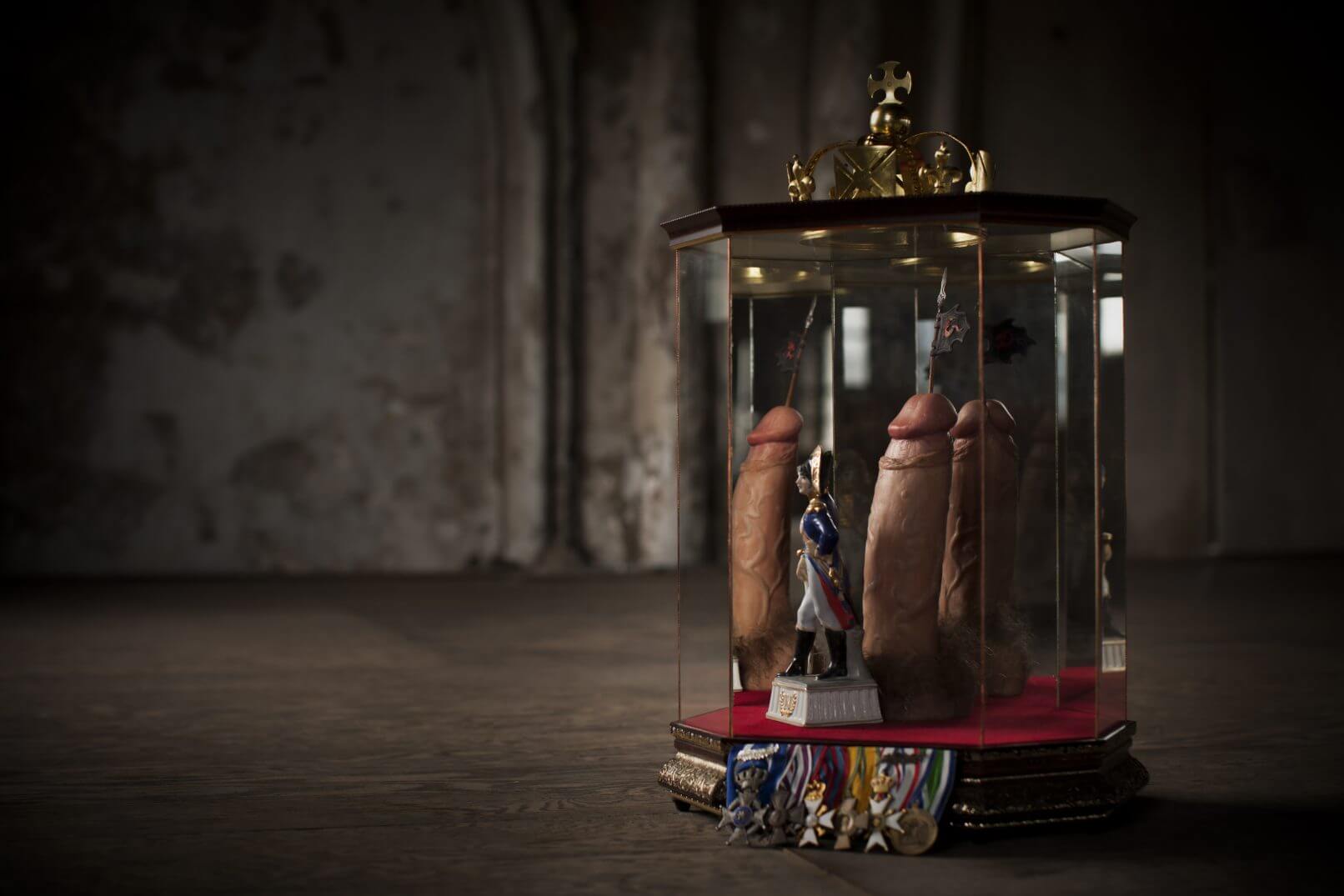 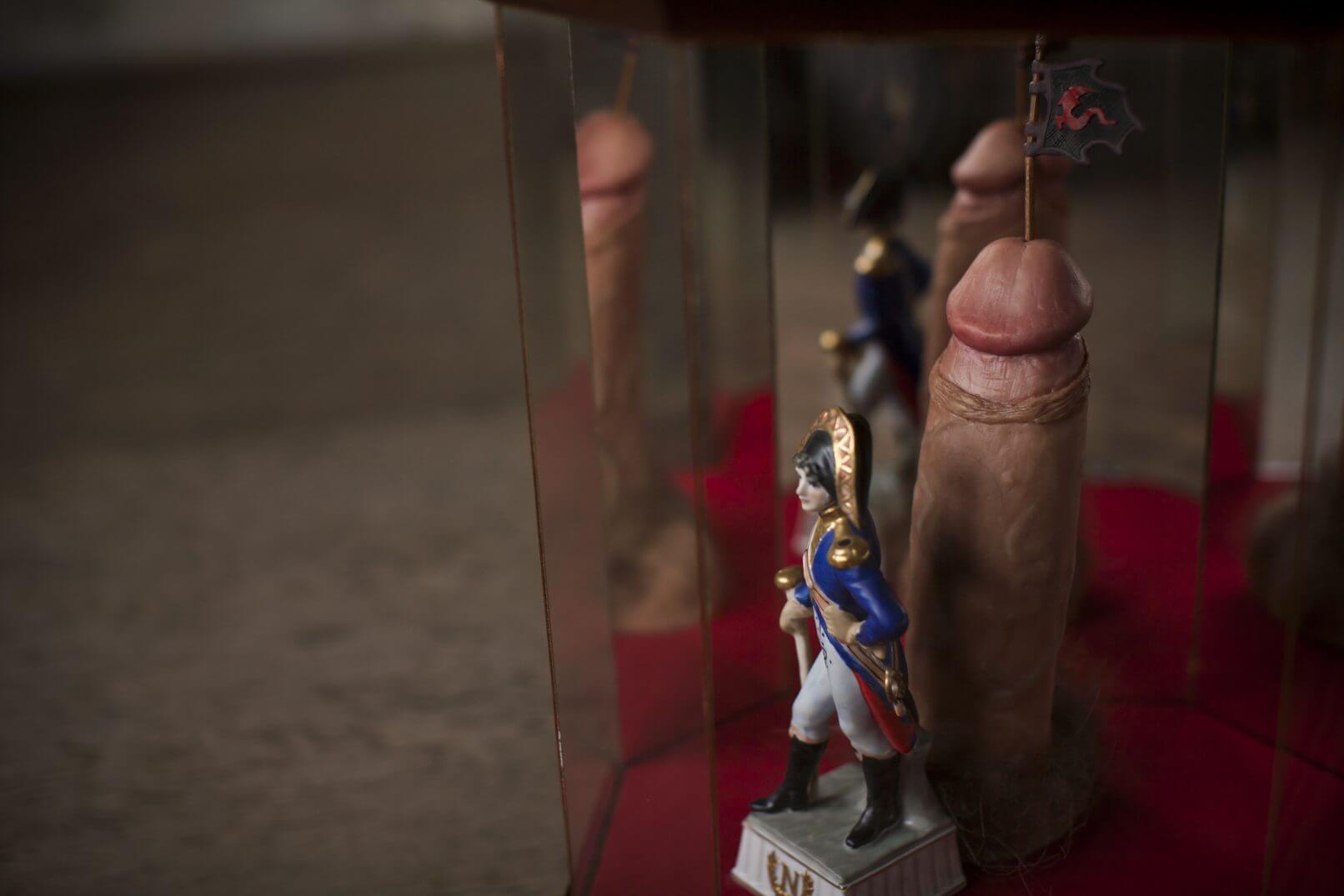