Inspired by Rembrandt’s(1606-1669) Lucretia paintings,
Arnix created a hyper realistic sculpture Lucretia with her beauty and chastity embodied in a mermaid.

This object derived its power from the human dimension. The mermaid imagery was used in churches and monasteries as a warning against evils, temptations and forbidden desires. The unconscious desire and the symbolic reflection of two worlds challenges the imagination of the beholder, and you see them think and wonder, trying to decipher its inner life, guessing whether she is dying; will she perish into the scum of the sea or will she return to earthly life? The fishnet evokes the unwanted situation in which she has become entangled. With vulnerable noble nudity and purity of flesh, she is frantically clasping the floating Seahorse knife. The tears streaming from her closed eyes are highlighting her unwanted agony. Her virgin face shows up pale and the life and emotion seems to evaporate away with the announcement of death. It is breathtaking to behold her this way.

History: The tragedy of Lucretia – the virtuous wife of Lucius Tarquinius Collatinus – started when she was defiled by the son of Lucius Tarquinius Superbus, the cruel Etruscan king of Rome. According to the tradition, the son threatened to kill Lucretia and her male servant and then arrange their bodies so as to suggest a physical relationship, unless she gave herself to him. Terrified of the scandal and public disgrace that this would bring to her husband and family, she acceded to his demands. Afterwards, she confessed to her husband and father, and after getting them to pledge an oath of revenge, she stabbed herself to death. According to Book I of Livy’s History of Rome, her suicide led to the revolt that established the Roman Republic. 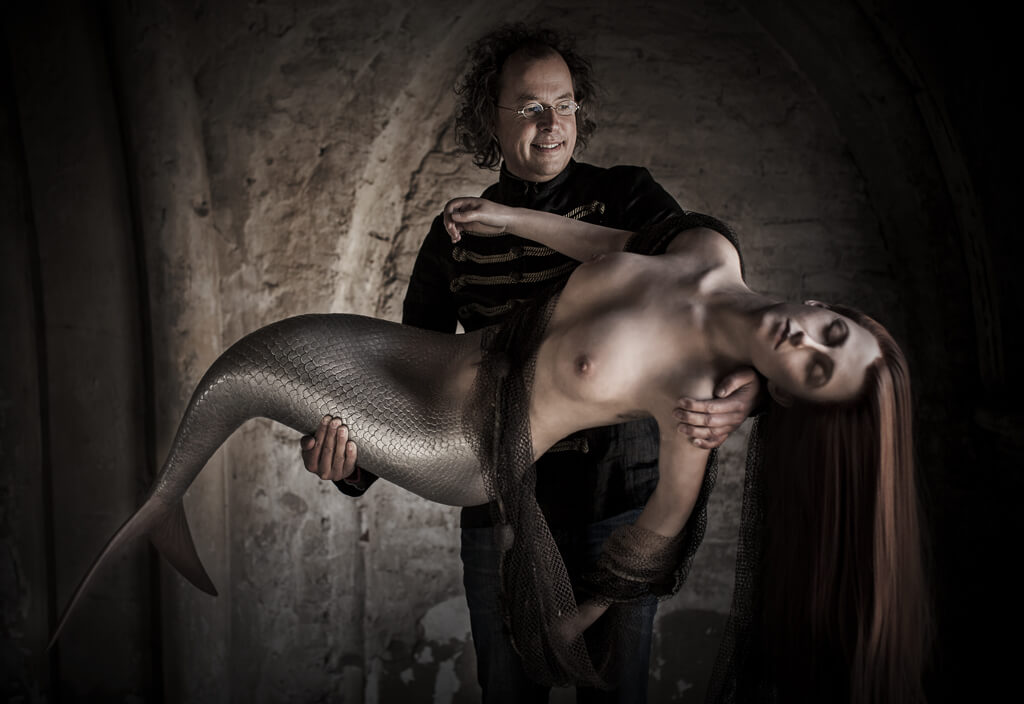 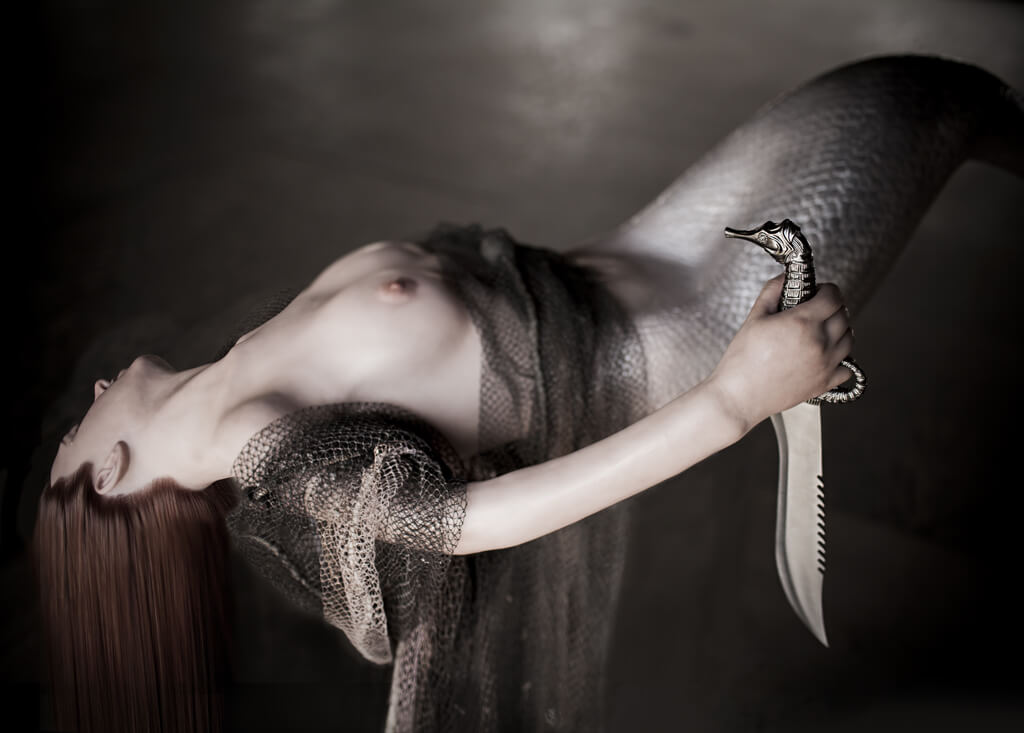 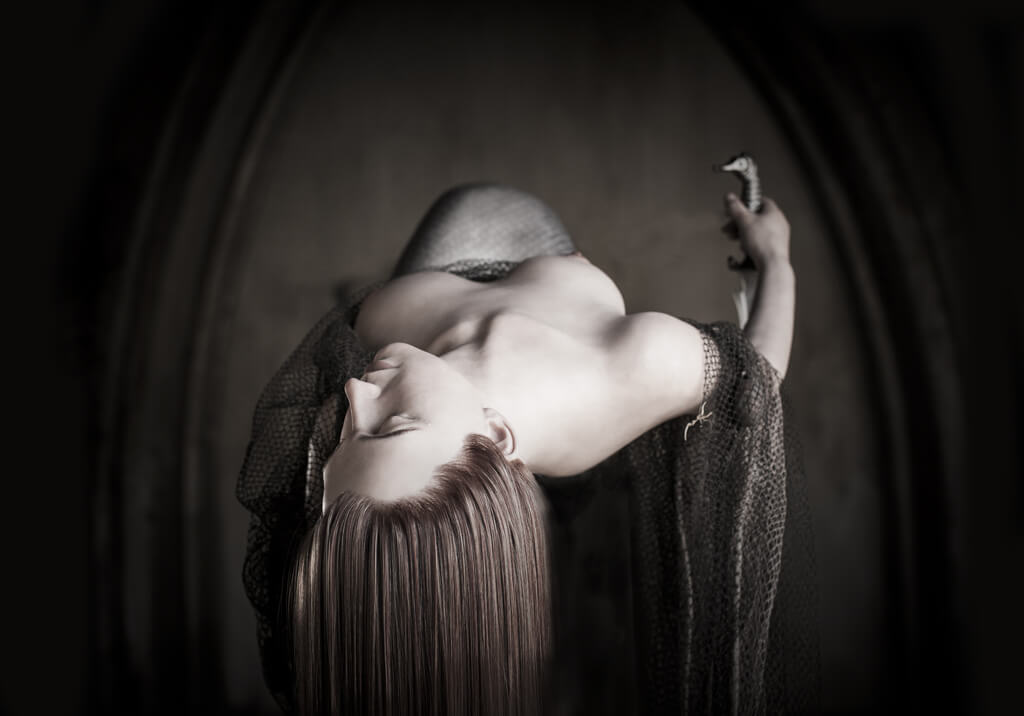 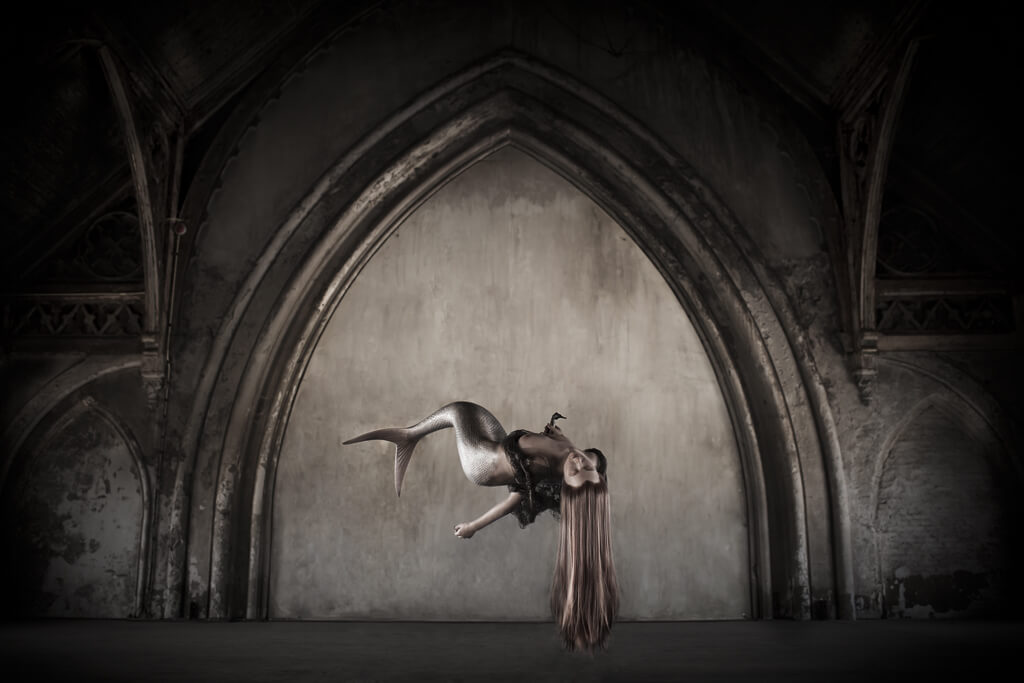 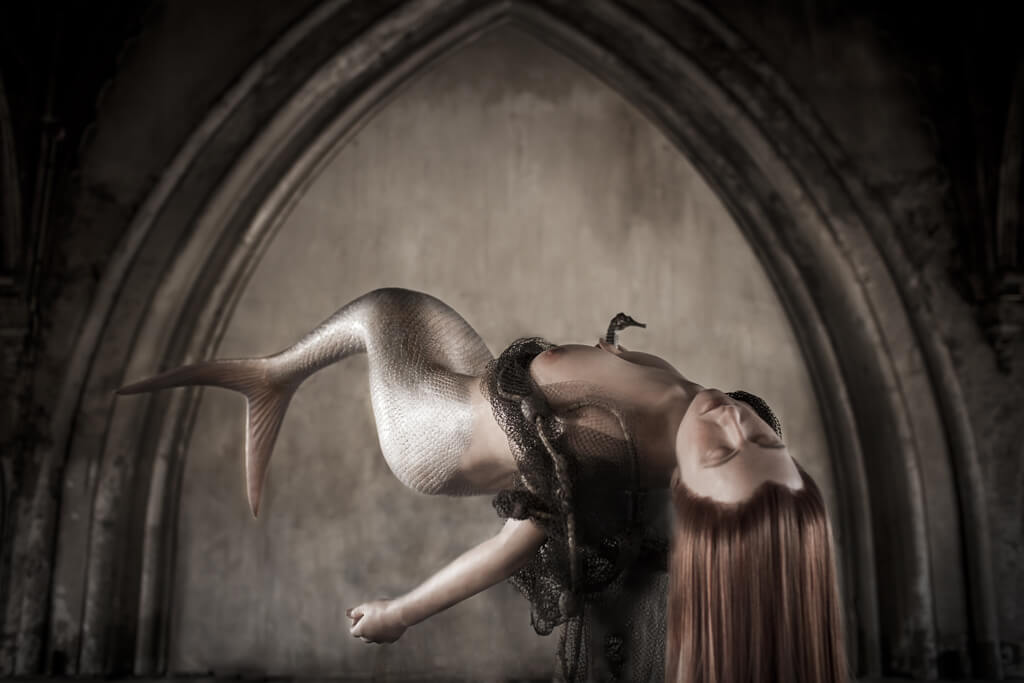 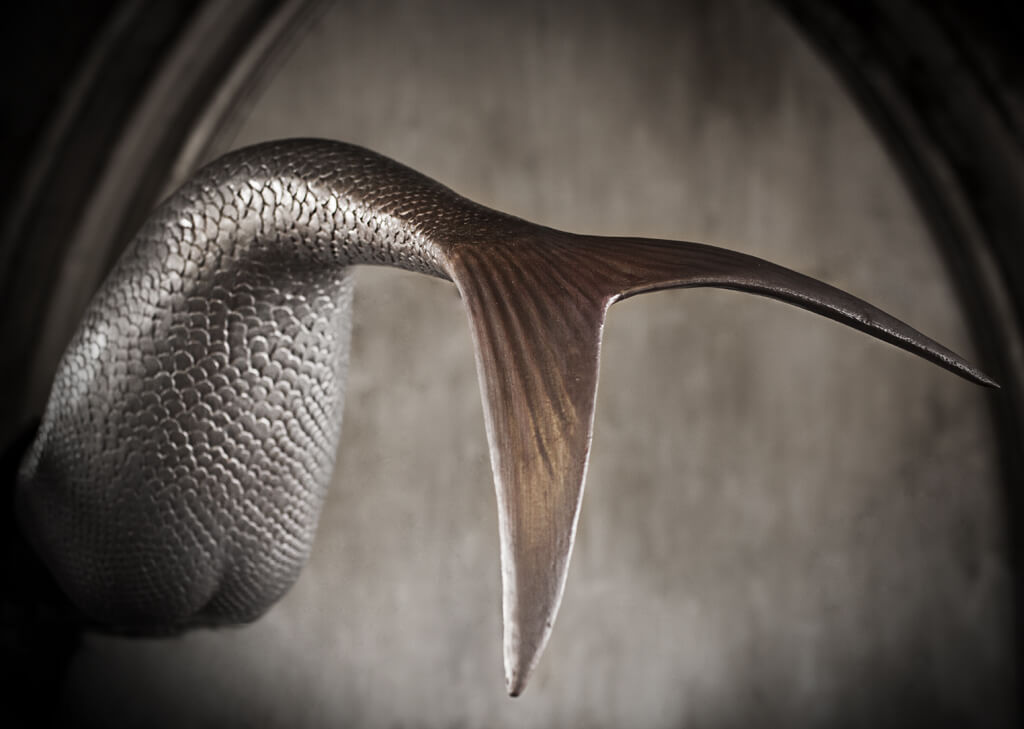 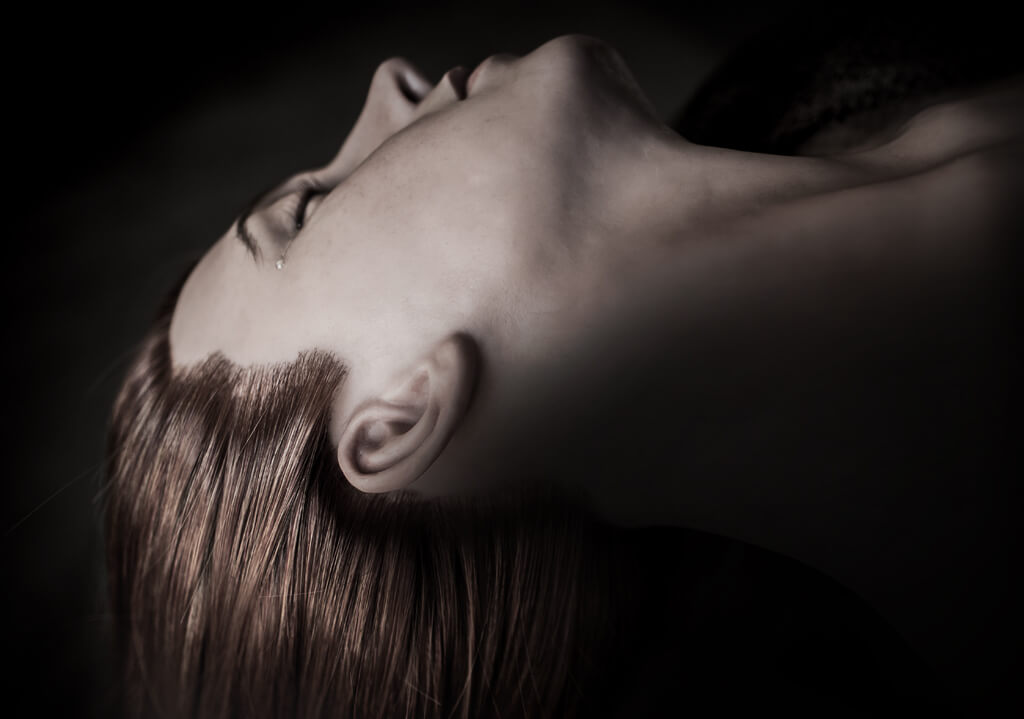 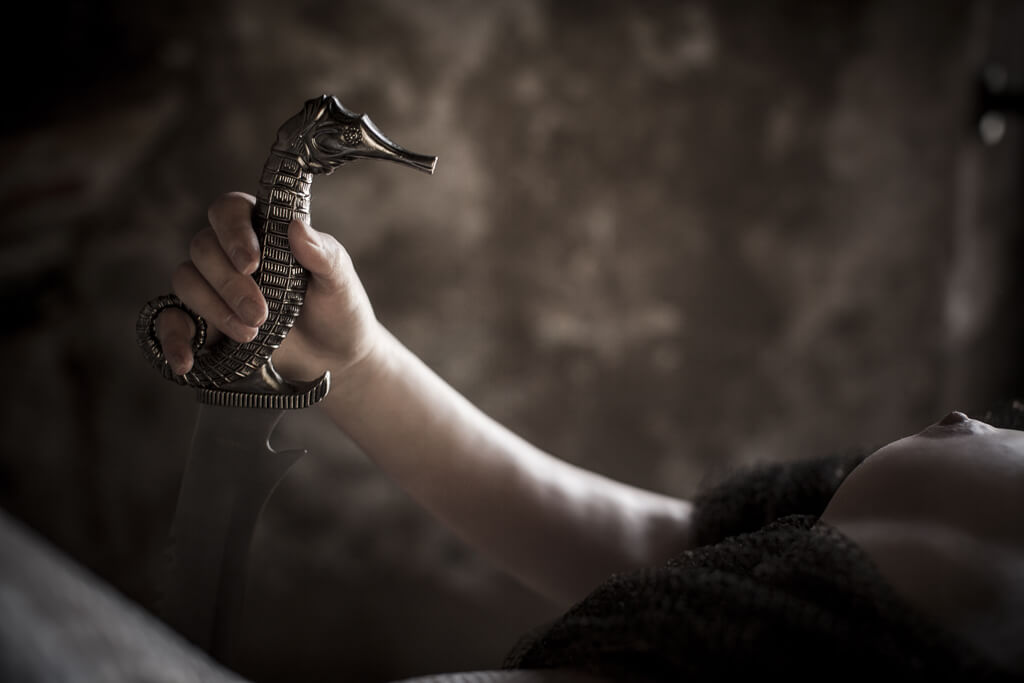 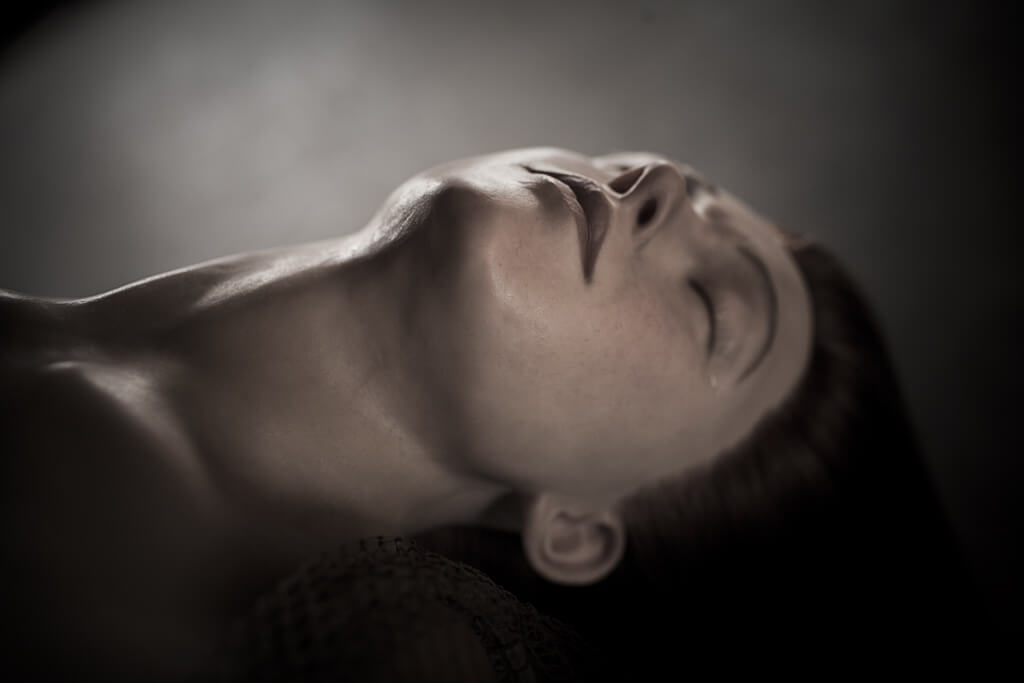