Each pigs head, as symbol of a dissolute life and lust represents one of the seven deadly or cardinal sins. They have been so identified because they are the root source and cause of many other sins and vices. Arnix likes to give his version of this classic theme that is also presented in old master paintings. Each panel shows the naked body of a woman as the personification of perfection. All surfaces of the glass reflect the viewer and give you the opportunity to self-reflection. The seven illustrations inspired by the stick-on shapes from Arnix’s childhood and the prints of Hendrik N. Werkman (1882-1945): the two raptors show his own falconer activity.

Superbia (pride – hubris – vanity)
Superbia shows the desire to be more important or attractive, or excessive love for the self. The first who fell for it were Adam and Eve, who were tempted by the serpent to eat the apple. The Peacock is a symbol of vanity and pride here Arnix subtly interwoven with the female body. This combination also shows the immortality of the human failings again. Then we have Lucifer: this is depicted as the morning star; his vanity has caused his departure from the heavens and his transformation into Satan.

Avaritia (greed – avarice)
The crimes, which originate from this are disloyalty, treason, bribery and theft. They emanate from violence, manipulation or the authority of the sinner. Here Arnix – as a symbol of greed and pin-point accuracy – has shown the specific image of the Hawk ; his view from a higher perspective stands for the all-seeing. The male figure embodies the Miser; his hand in the mouth reflects the betrayal. The female figure and the bag with golden coins indicate desire. The Bailiff (local judge) with his staff on the right side behind his back is taking bribes.

Gula (gluttony – overindulgence – obsession with eating costly foods)
Here the central issue is never having enough, always wanting more. We are looking for material goods to compensate a void in ourselves to – and that is impossible by definition. The woman in the middle symbolizes the eternal beauty that we ourselves wish for. The greedy Harrier is circling the perimeter. The pig is symbolic of the greed and for the rest Arnix lets it speak for itself…

Ira (anger – wrath)
Not the feeling of anger is a mortal sin in itself, but venting it is. Anger is an emotion that can occur when someone is frustrated or thwarted, as his “territory” is entered, or if his or her limits are crossed. It stands for total loss of control. This is depicted by Arnix with the proud rooster crowing, facing his furious opponent who is angrily waving his sword. With a whip crack, lightning strikes as a supernatural power, emanating from the vulva towards the two screaming antagonists.

Invidia (envy – jealousy)
This sin has two deeper meanings: 1) to begrudge the other person’s happiness, 2) in German: Schadenfreude: pleasure in the misfortune of another. For centuries, the female figure with the snake stands for Jealousy. Subtly shown are the two lovers the Adonis with the rose and the envious rival with the knife. Compare: When two dogs fight over a bone…

Acedia (laziness – inertia – slowness)
Laziness is the biggest enemy of mankind. Because of laziness, many people are unable to reach the high aspiration levels in life – that they would otherwise have been able to reach. The sun is image of the higher force, and it is approached by the dove as a symbol of the spirit of life, moving towards the unattainable. The bucking donkey represents the image of laziness and the snail and his slime trail stands for slothfulness. 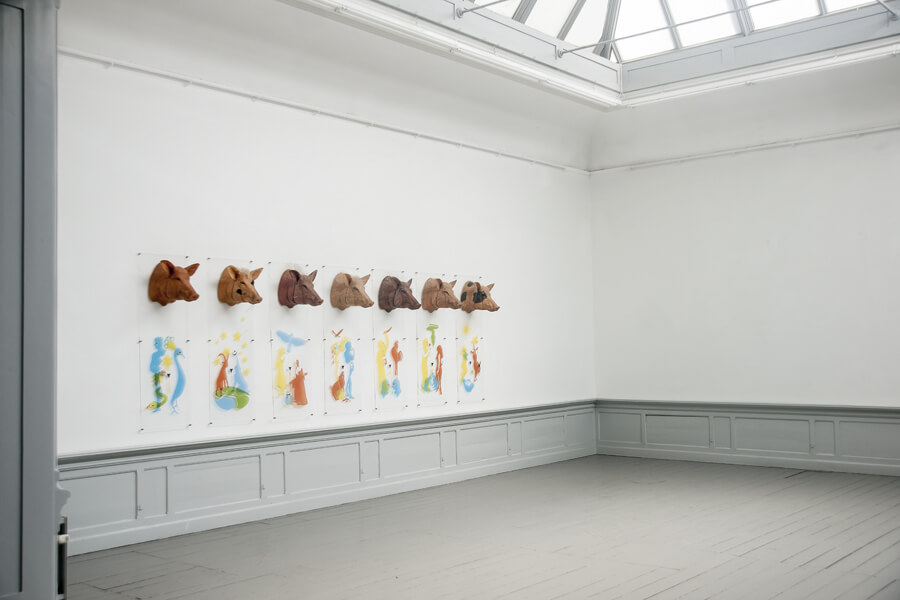 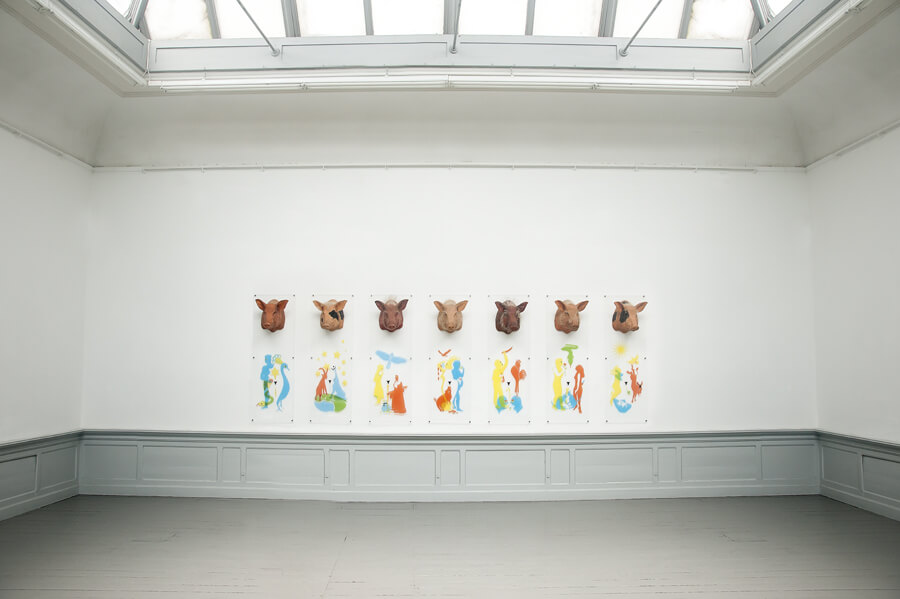 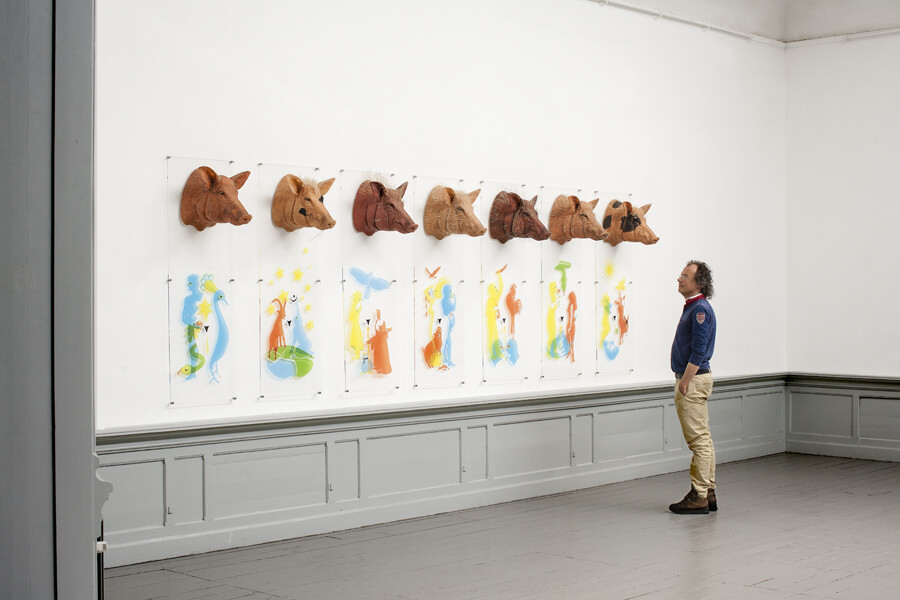 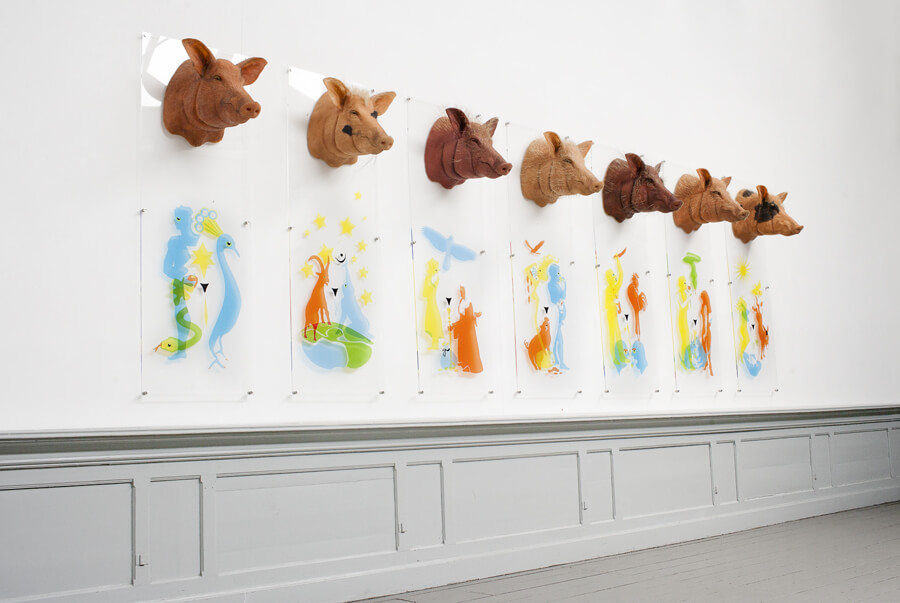 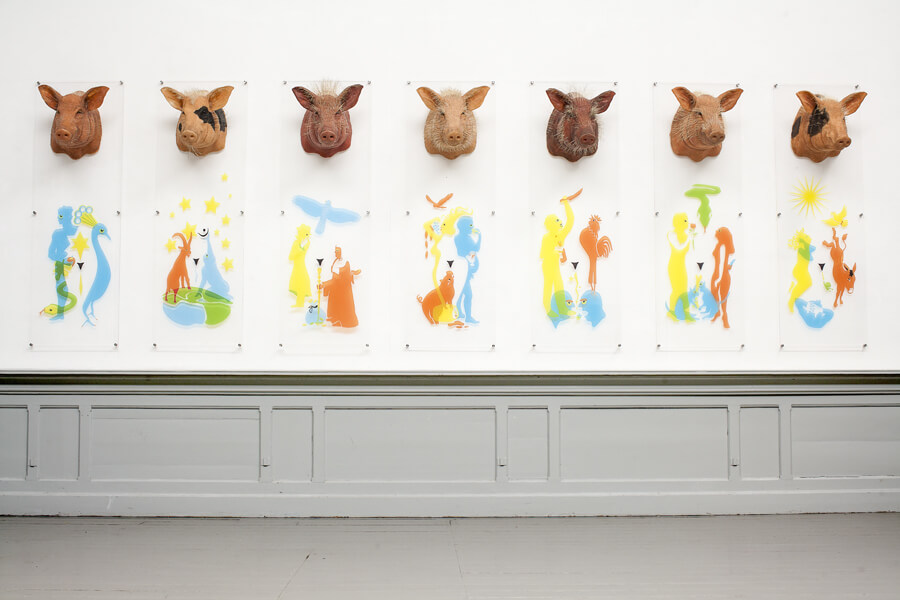 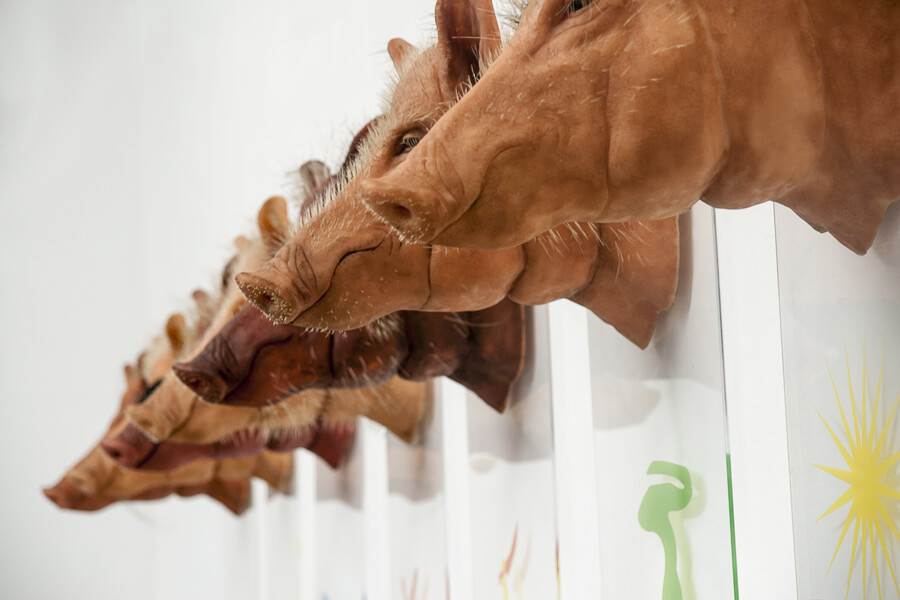 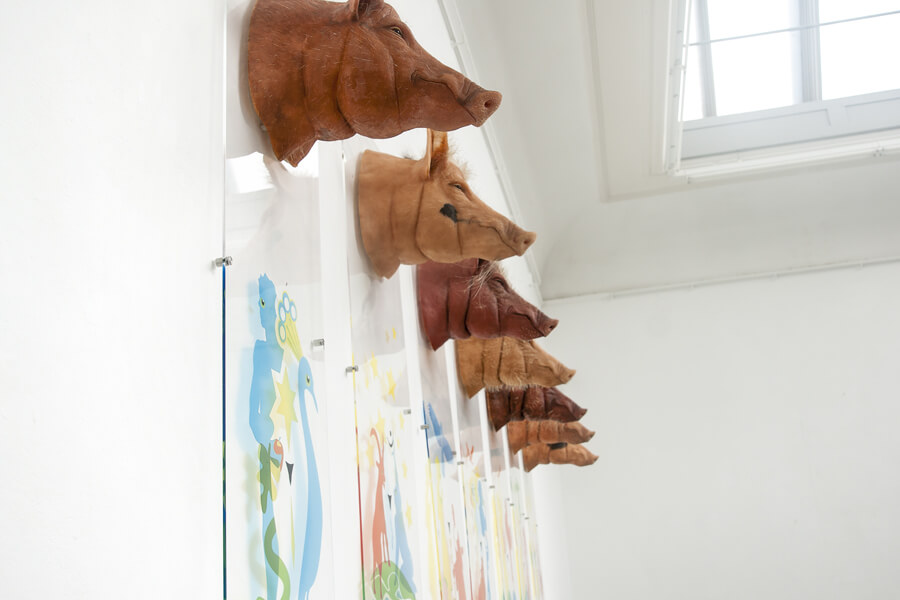