Arnix create his Garden of Eden; The surface of the glass reflect the viewer and give you the opportunity to self-reflection. Arnix likes to give his version of this classic theme that is also presented in old master paintings.

The peacock stands for immortality, dignity and self-confidence.

The dogs stand for adherence and vigilance

The deer living in Arnix backyard traditionally has been associated with the cycle of nature, with downfall and resurrection, because in the spring it abrades its old antlers until it hangs in bloody fragments, so that a new one gets the chance to grow. The deer also symbolizes the heavenly desire

The ant represents labor and wisdom

The turkey represents courage and sacrifice 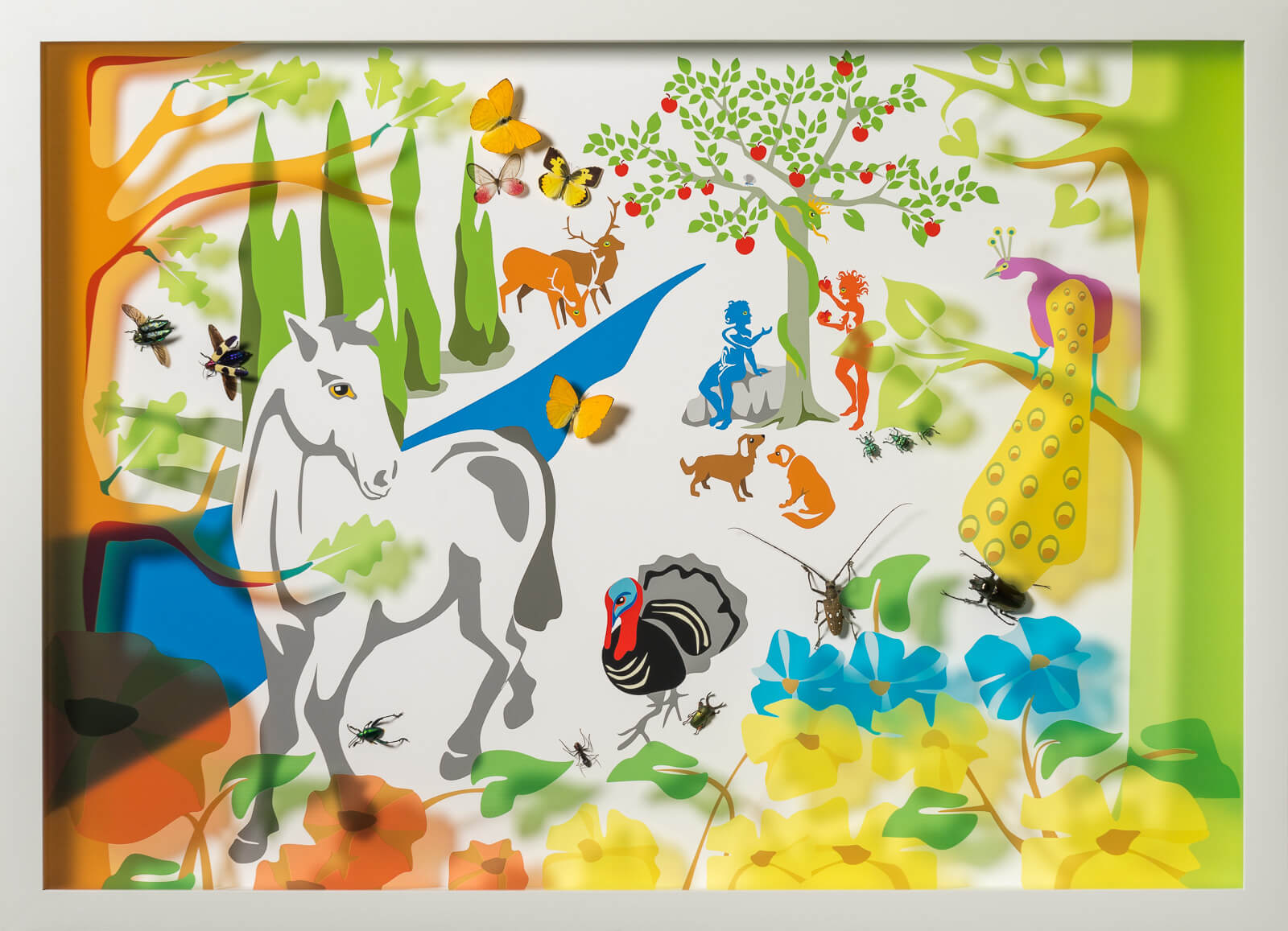 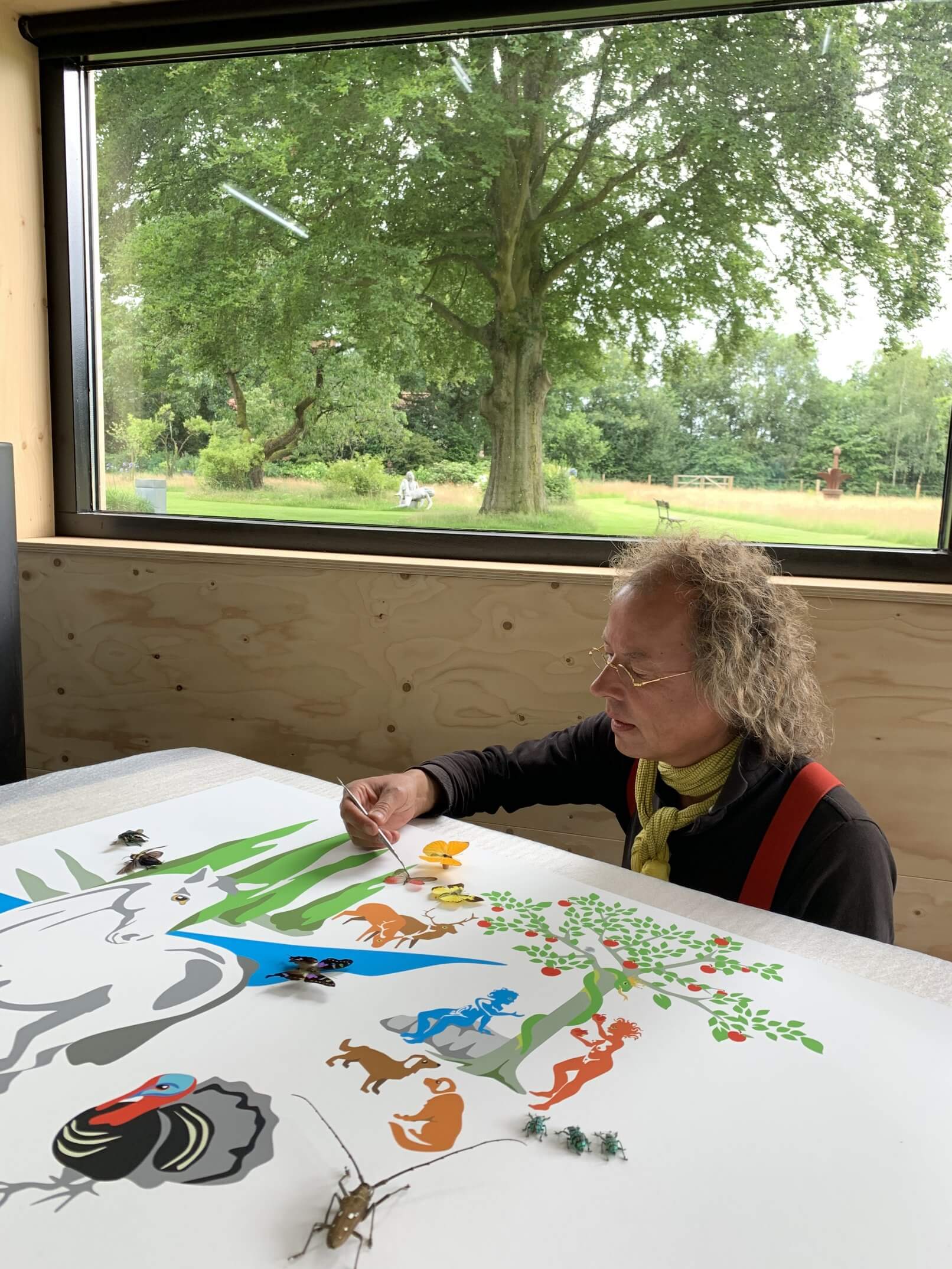 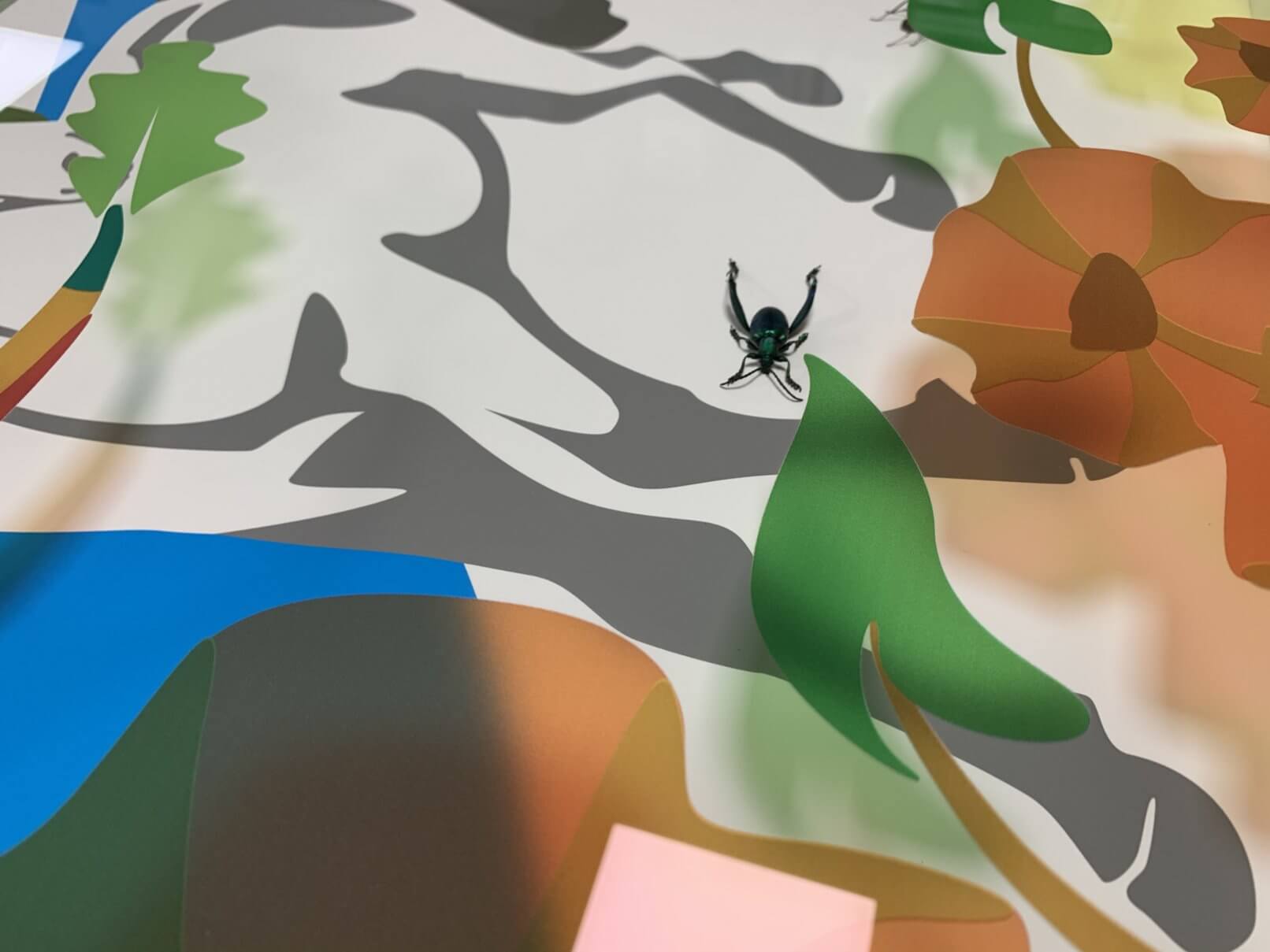 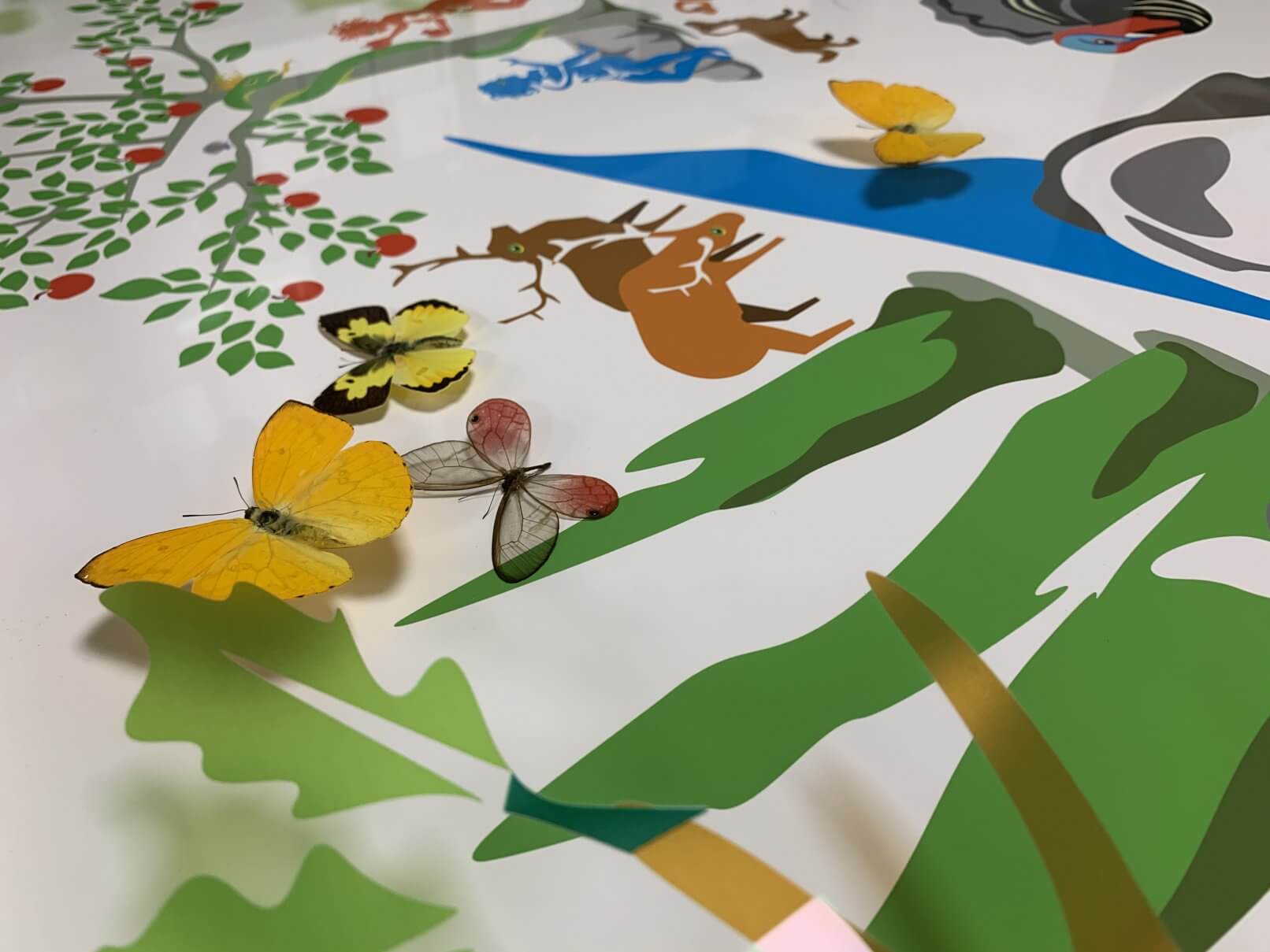 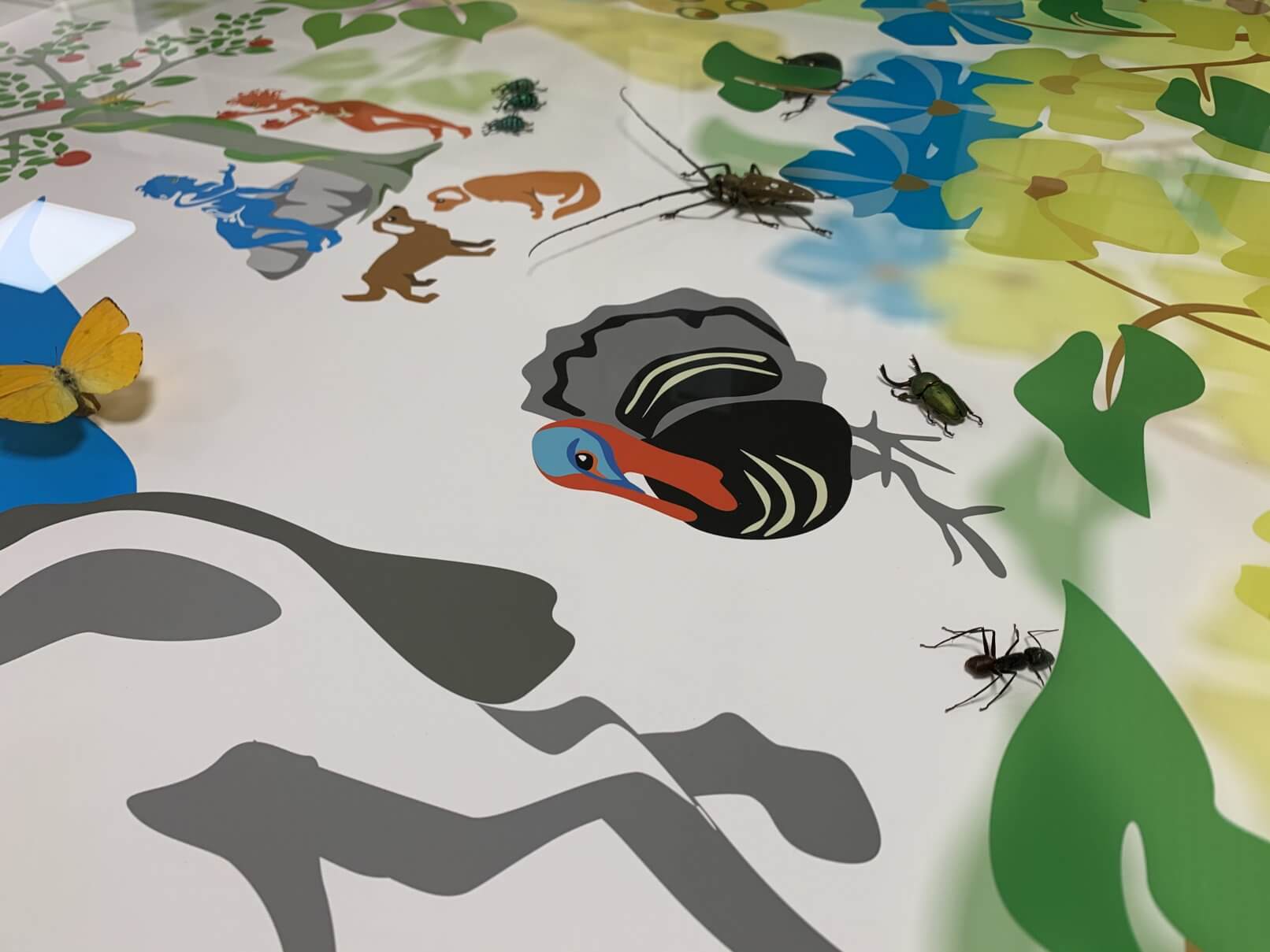 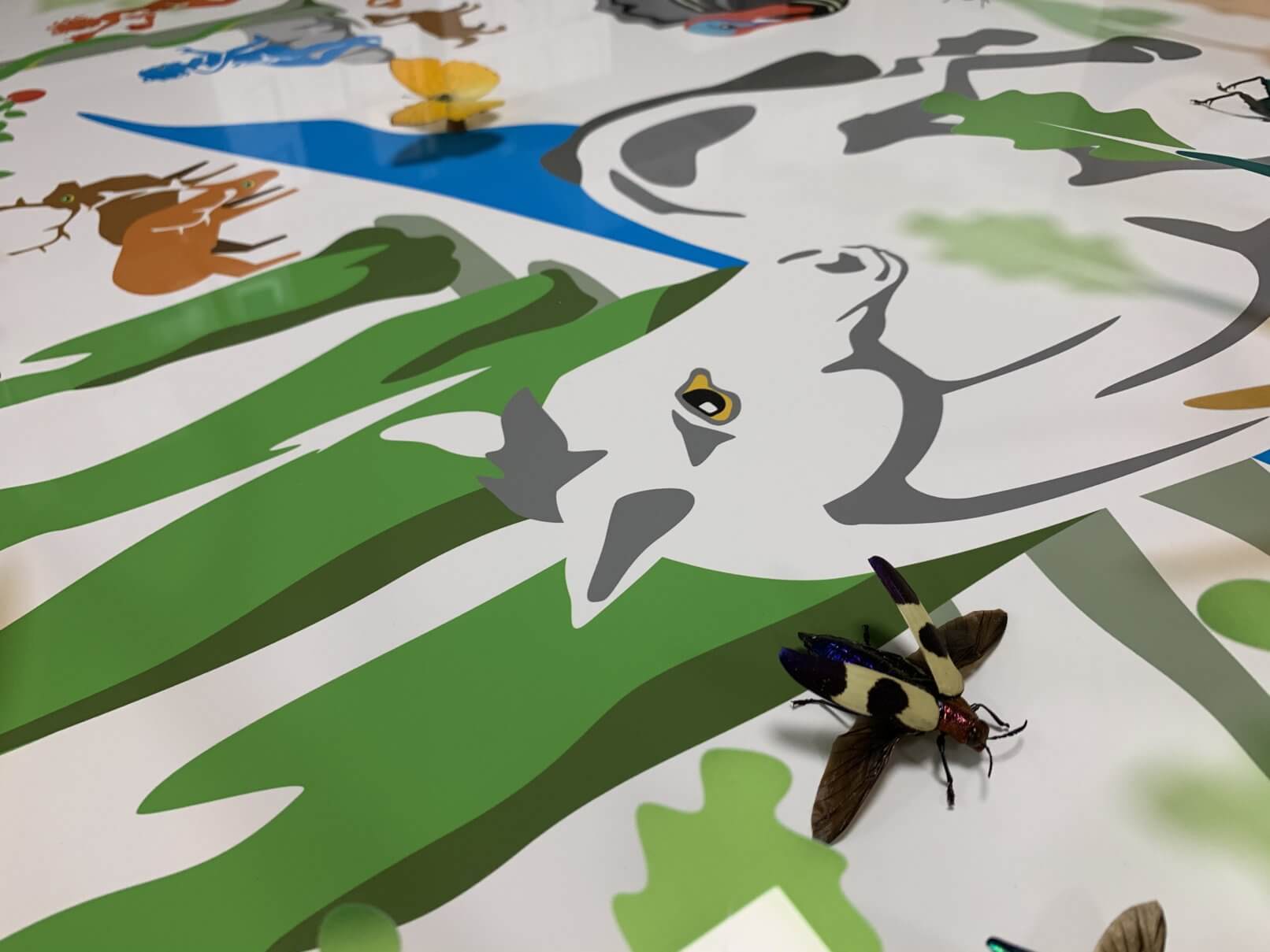