Arnix create his Garden of Eden; The surface of the glass reflect the viewer and give you the opportunity to self-reflection. Arnix likes to give his version of this classic theme that is also presented in old master paintings.

The peacock stands for immortality, dignity and self-confidence.

The fluttering cabbage white butterfly on the arm of God suggests Adam’s frivolity.

The Flying leaf butterfly ( Kallima inachus) deprive the genitals of the biblical first people to the face. As a master who hide his true nature.

The deer living in Arnix backyard traditionally has been associated with the cycle of nature, with downfall and resurrection, because in the spring it abrades its old antlers until it hangs in bloody fragments, so that a new one gets the chance to grow. The deer also symbolizes the heavenly desire 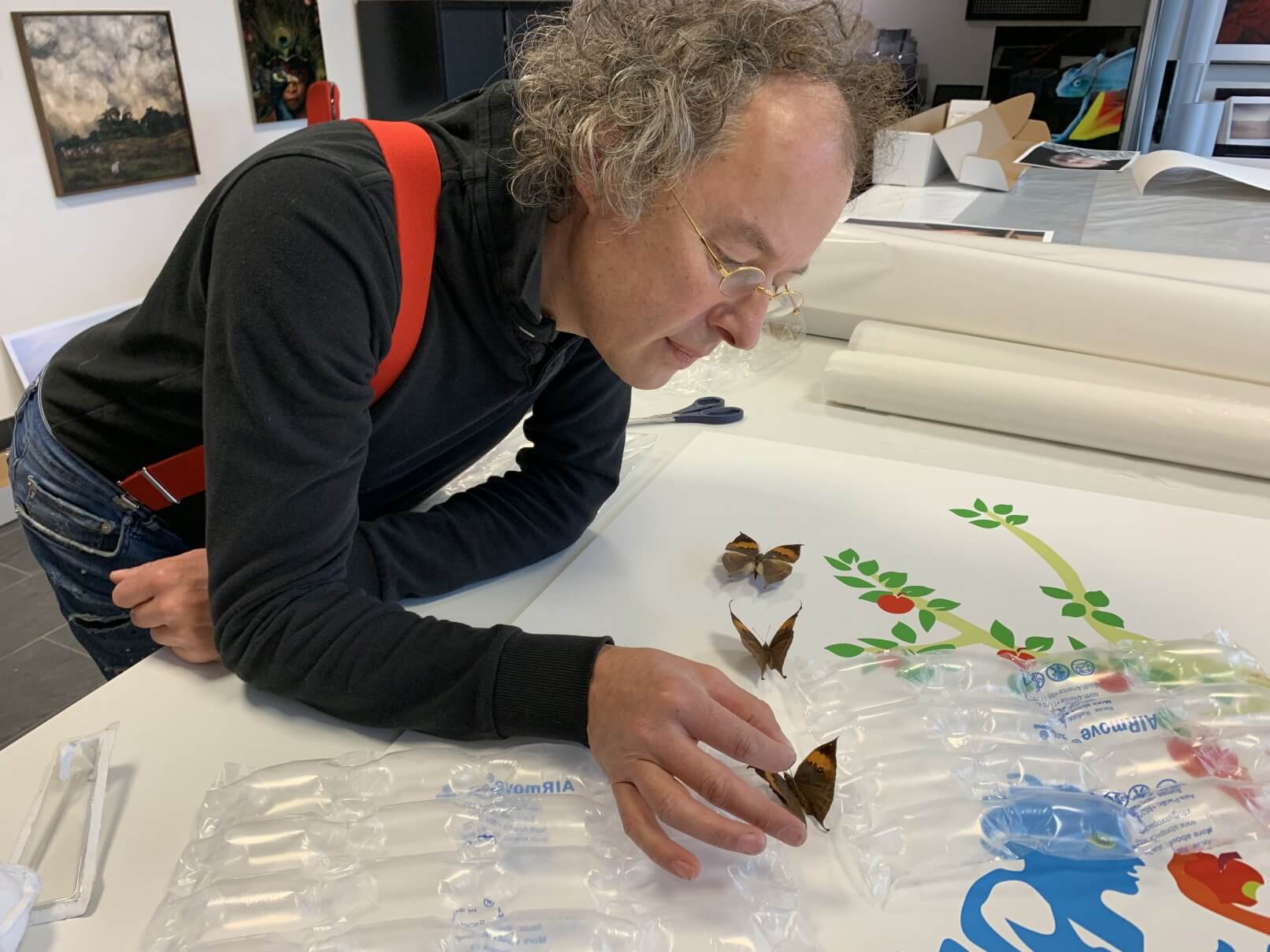 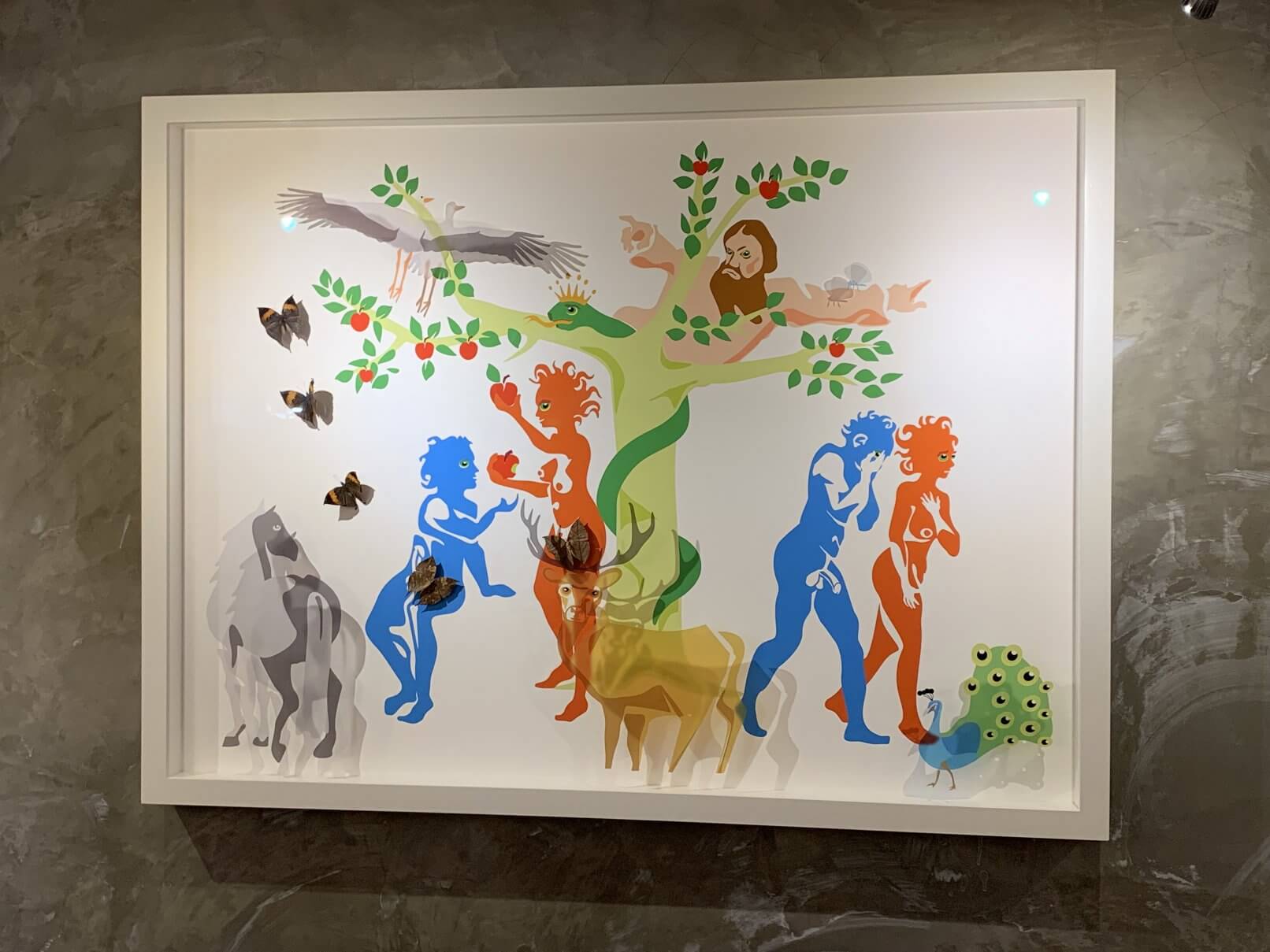