In Speuld, Arnix started his series Fenestram in Paradisum. Paradise is depicted in an unexpected way in refined dioramas made of white walnut wood and museum glass. Stuffed exotic insects find their place here between richly elaborated Biblical scenes. Well-known themes from art history – the exorcism from paradise, the bathers, the snake and the apple – are depicted as decals that used to be attached to the windows of a car. As if as a child, during a long drive to a holiday destination, the creation story was presented from the back seat. Dürer as a cut figure. However, the way in which Arnix tells about Adam and Eve is anything but edifying or simplistic. He focuses on nature as a storyteller and allows myths and sagas to trickle into Christian teaching. He cleverly uses symbolism to comment on contemporary values. The parallels between the Fall and our current climatic prosperity hangover speak volumes. But moral considerations with regard to power and temptation in a digital age in which everything seems to be within reach are also a motif in this work.

In addition to the nostalgic decals mentioned above, Arnix mentions the graphic work of Hendrik Werkman (1882-1945) as a source of inspiration. As an avant-garde artist and printer, Werkman was able to depict mythical stories and convey a political message with simple-looking figures and areas of color. For Arnix it is especially important that his style knows how to seduce, grab the eye and pretend to be something outside of time. He translated this idea into his own practice by combining a simplified visual language with stuffed beetles, birds and lizards. The contrast between clean graphic design and preserved life makes this series of dioramas amaze even the most seasoned art connoisseur.

All animal figures and actual animals in these dioramas are of symbolic importance. They represent certain human archetypes and temperaments that can be traced back to way before the writing of the Biblical story. The white horse stands for pride and lust, the snake for cunning and temptation. The paradise that Arnix describes in these works is not heaven – a blissful nothing – but a place where life and death succeed each other in a wonderful way. A bittersweet harmony of flowering plants, stinging insects and indomitable desire. The works of art with which Arnix surrounds himself in his Art Space show the full spectrum of the human experience in a similar way. An almost holistic vision of paradise that he and his wife Brigitte convincingly shape. 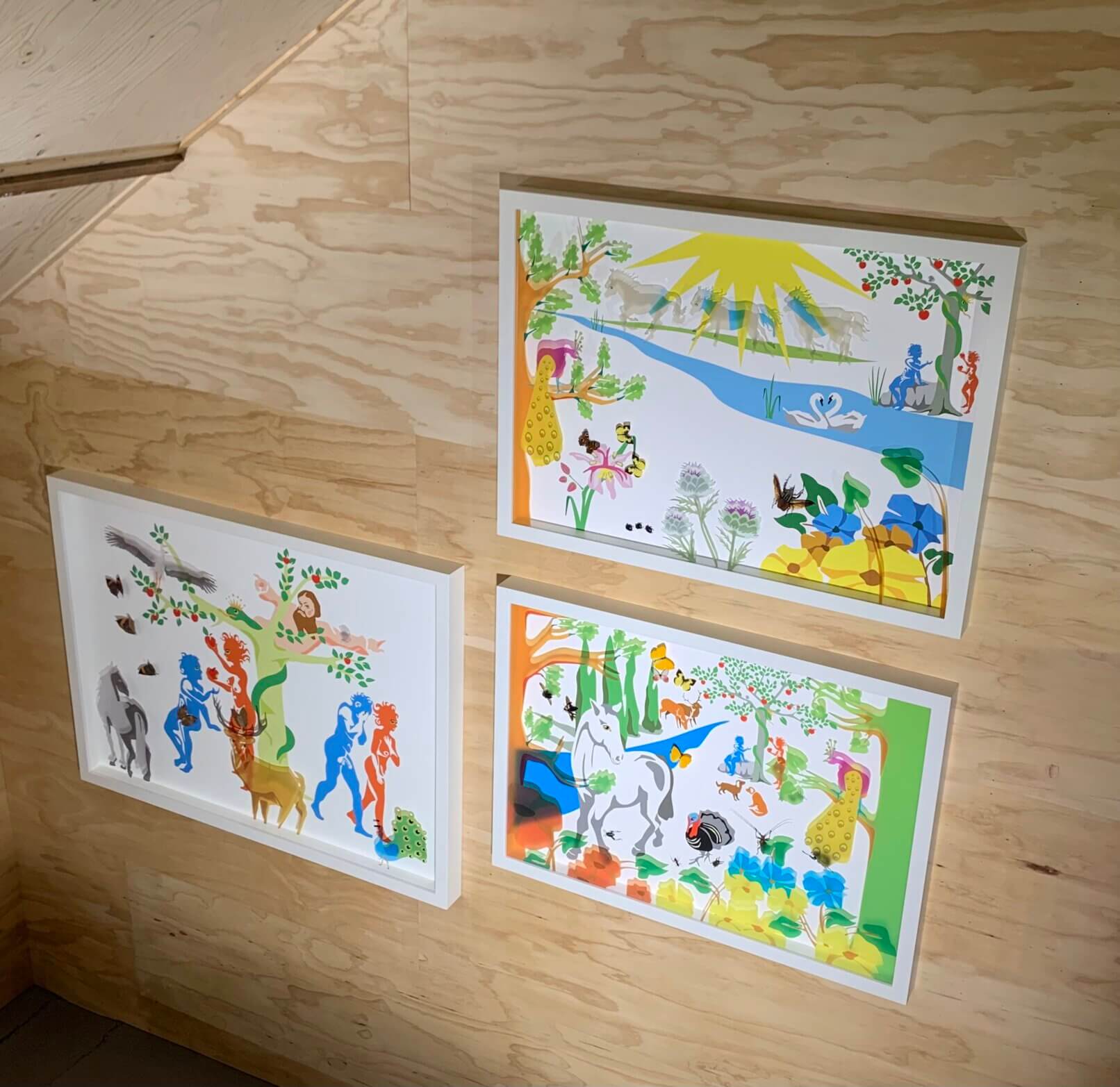 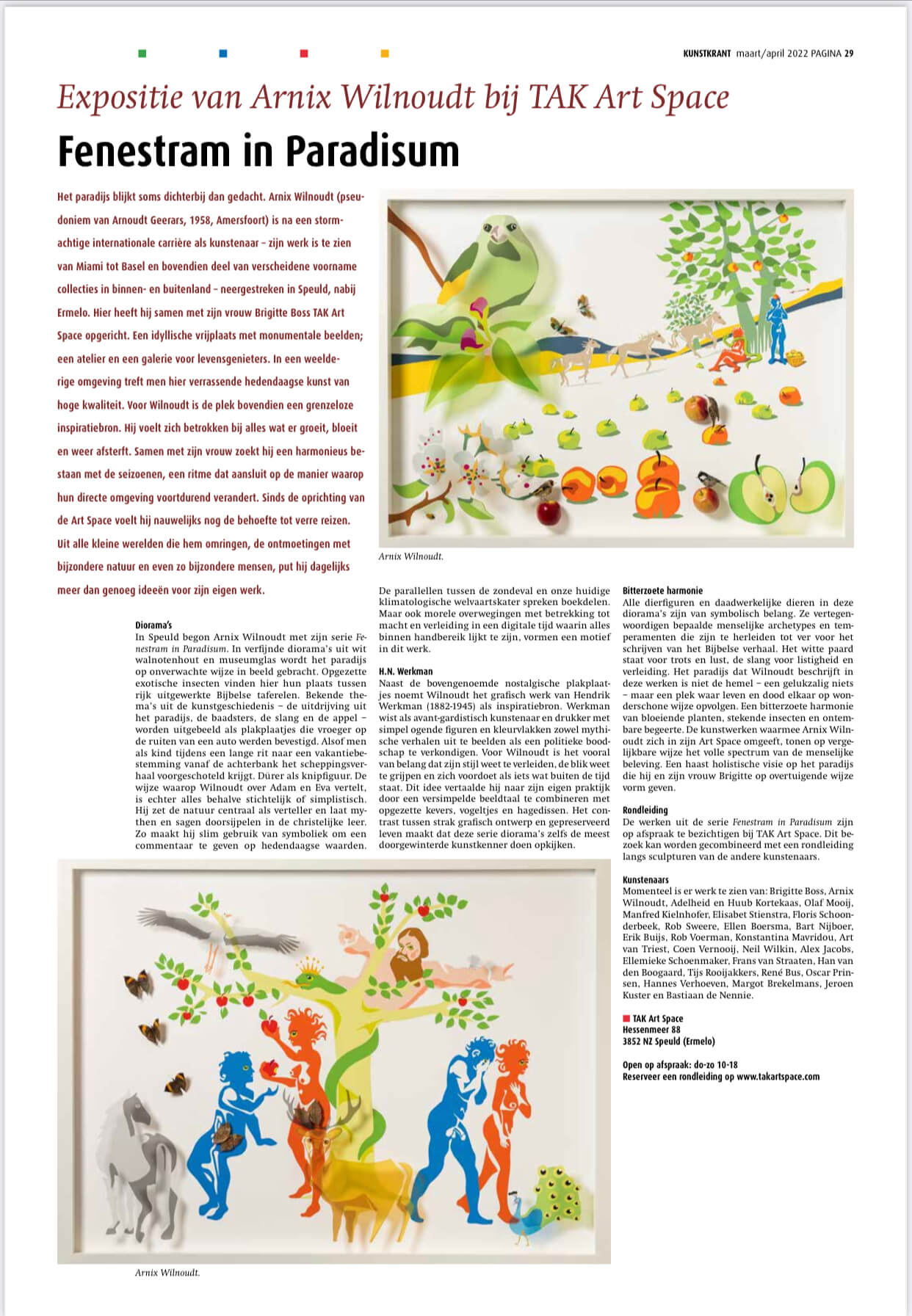