With this title the Pontifex Maximus is aptly and ambiguously displayed by Arnix. This title criticises this Pope Benedict XVI during his pontificate, as he is overlooking his key role as high priest – often a political role – in public life. Being one of the most influential people in the world – who really matters – he does not like sticking his hands into a hornet’s nest but instead prefers to protect somebody. But prefers” the hand above the head. 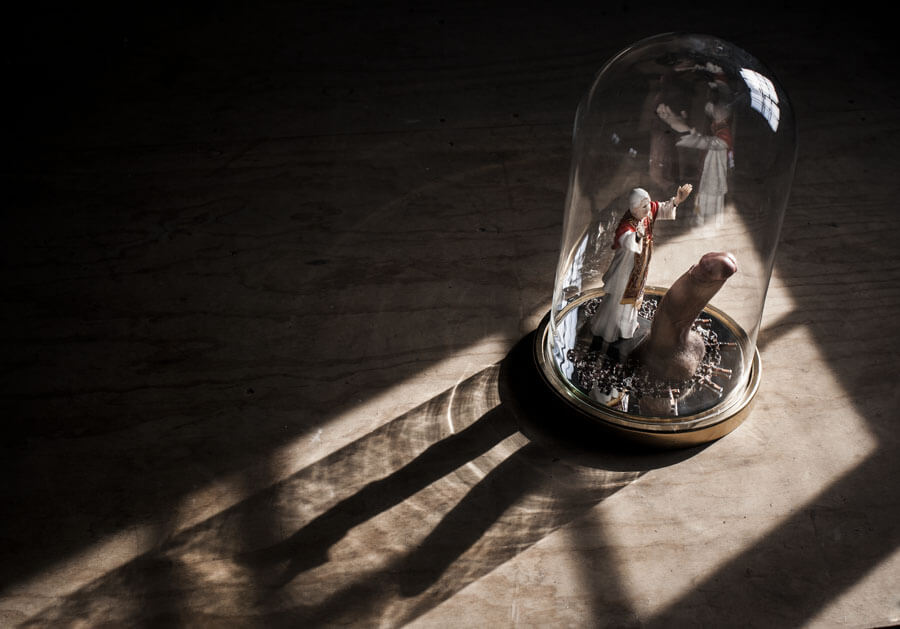 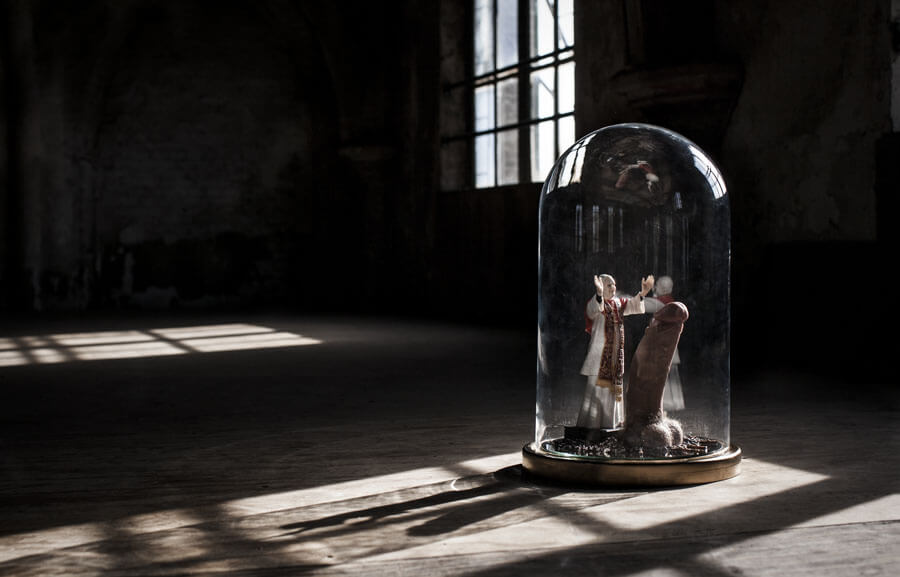 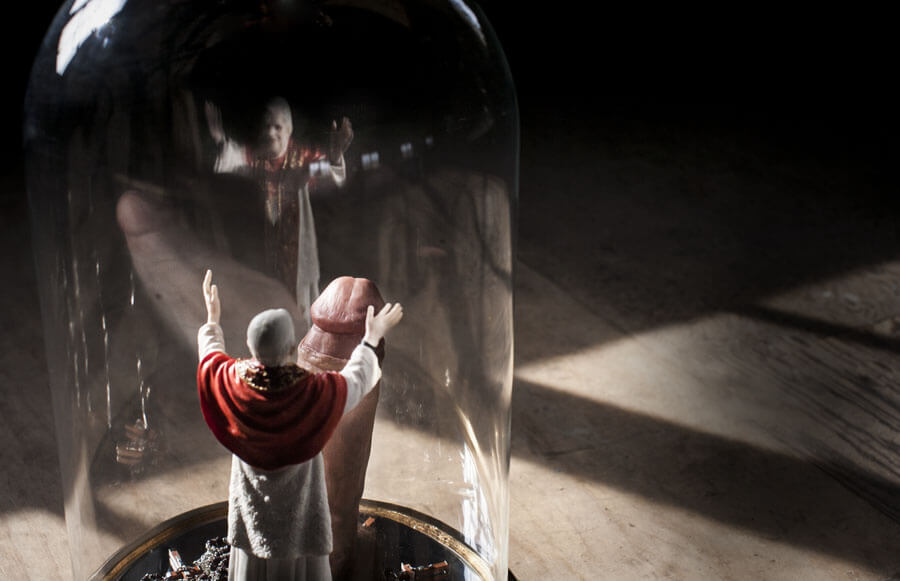