This mythical symbol-filled installation strongly reflects the strong, irrepressible libido of the penis. Like a church tower it is adorned by a weather vane in the shape of a rooster, a jet-black Corvus (for Arnix the incognito of the Pope who hide  Submissives and protect his Colleges) which clasps the penis glans legs with his raven black claws.

This provocative location of scene within a nineteen-century Roman Catholic Art Deco chapel, Arnix places the sexual truths of the church in a completely different context. Corvus, a divine bird functions as a mouthpiece, as a “demarche artistique”, an indictment. The power of the Church is marked at both corners of the table on which the chapel is located, set by the first and last letter of the Greek alphabet: Alpha and Omega; symbolizing its omnipotence.

In choosing the pitch black Corvus from mythology, Arnix subtly refers to the messenger of Apollo, ordering the snow-white Corvus to keep an eye on Coronis during his absence and watch over her. Coronis was the daughter of the Lapithe king Phlegyas, and lived on the banks of Lake Boibeis, where she came to bathe regularly. There she was discovered by Apollo, who fell madly in love with her, and took her to his bed. Coronis herself, however had been in love for a long time with Ischys and yielded her body to him, despite being pregnant from Apollo.

Corvus then flew to Delphi in order to inform Apollo about the infidelity of the girl and expected a reward – but Apollo became angry with the bird because it had done nothing to stop them. He then cursed the Corvus who immediately turned black. Henceforth all crows were black and this curse has passed to all offspring. Since those days a Corvus represents evil to people and is a symbol of sin.

Subsequently, Apollo had Coronis killed by his sister Artemis, who shot her with an arrow. Apollo then felt sorry and had to save his unborn son from the funerary pyre and removed the child from the womb of the dead body and gave the boy the name Asclepius, the healing god.

The cockerel feet, symbol of new era, depict the sacrifice in the temples of Asclepius, to beg a “cure” out of evil. Here the observant viewer will find the signs of the man and woman in the shape of a shield with a spear (for power) and the hand-held mirror (for beauty). 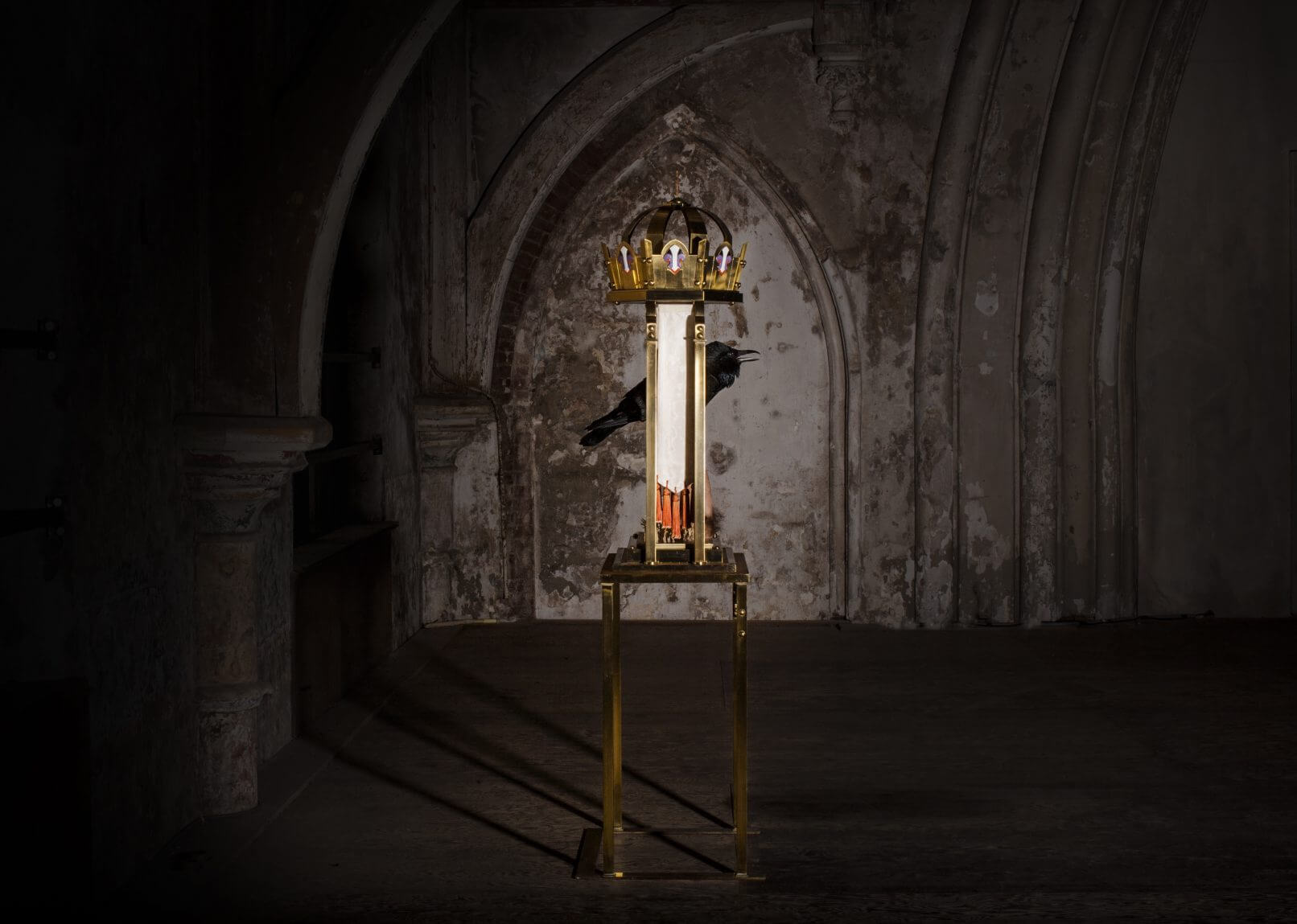 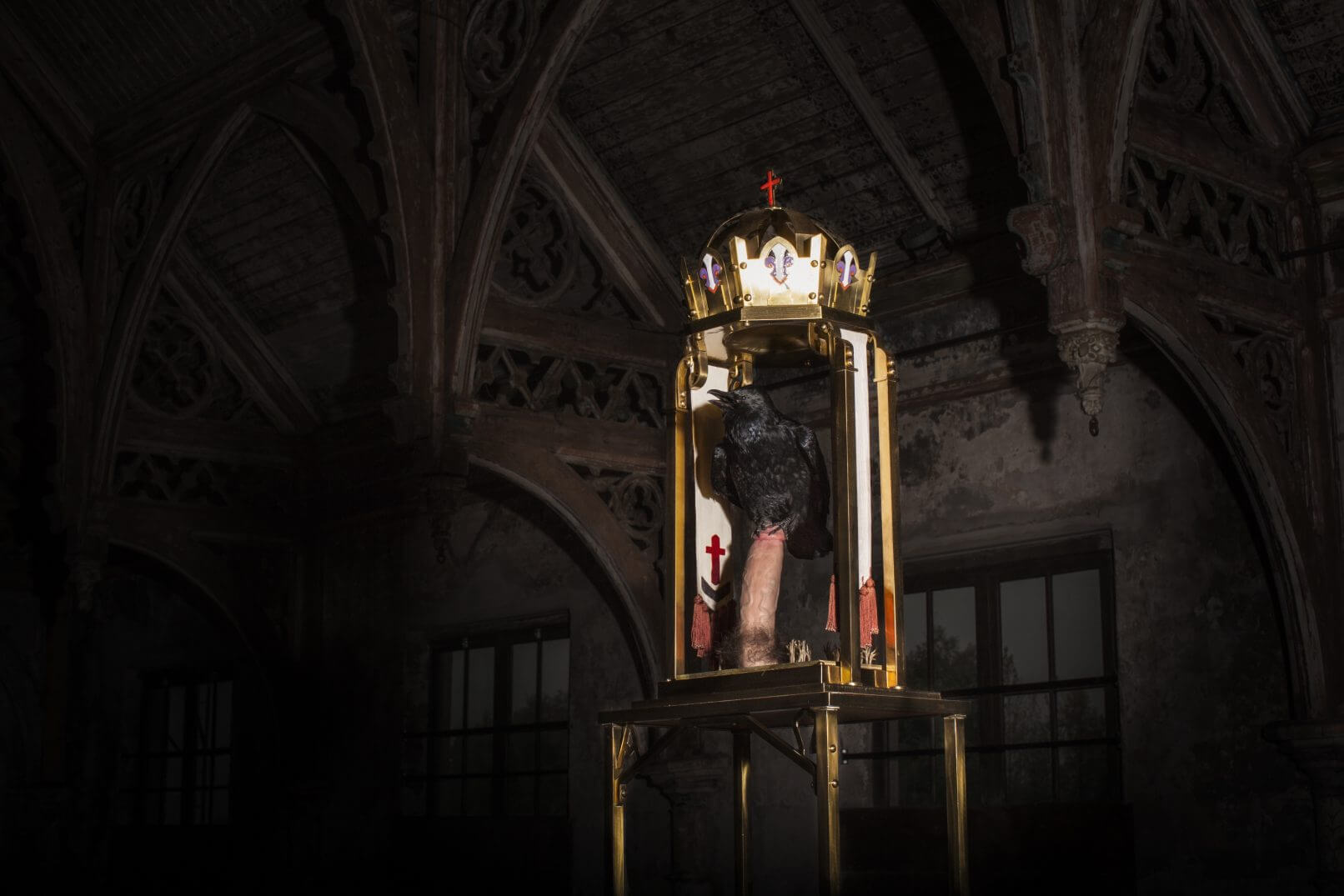 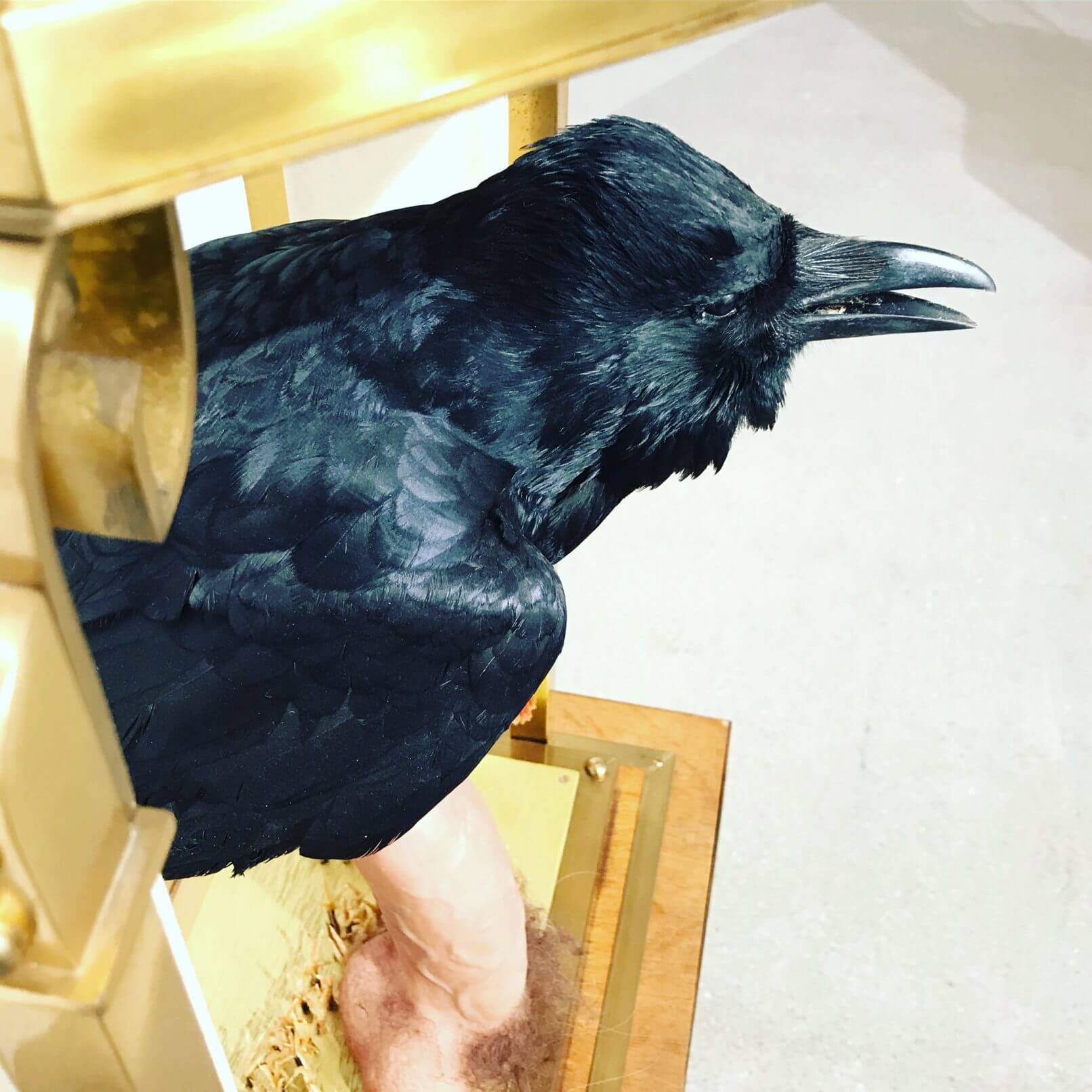 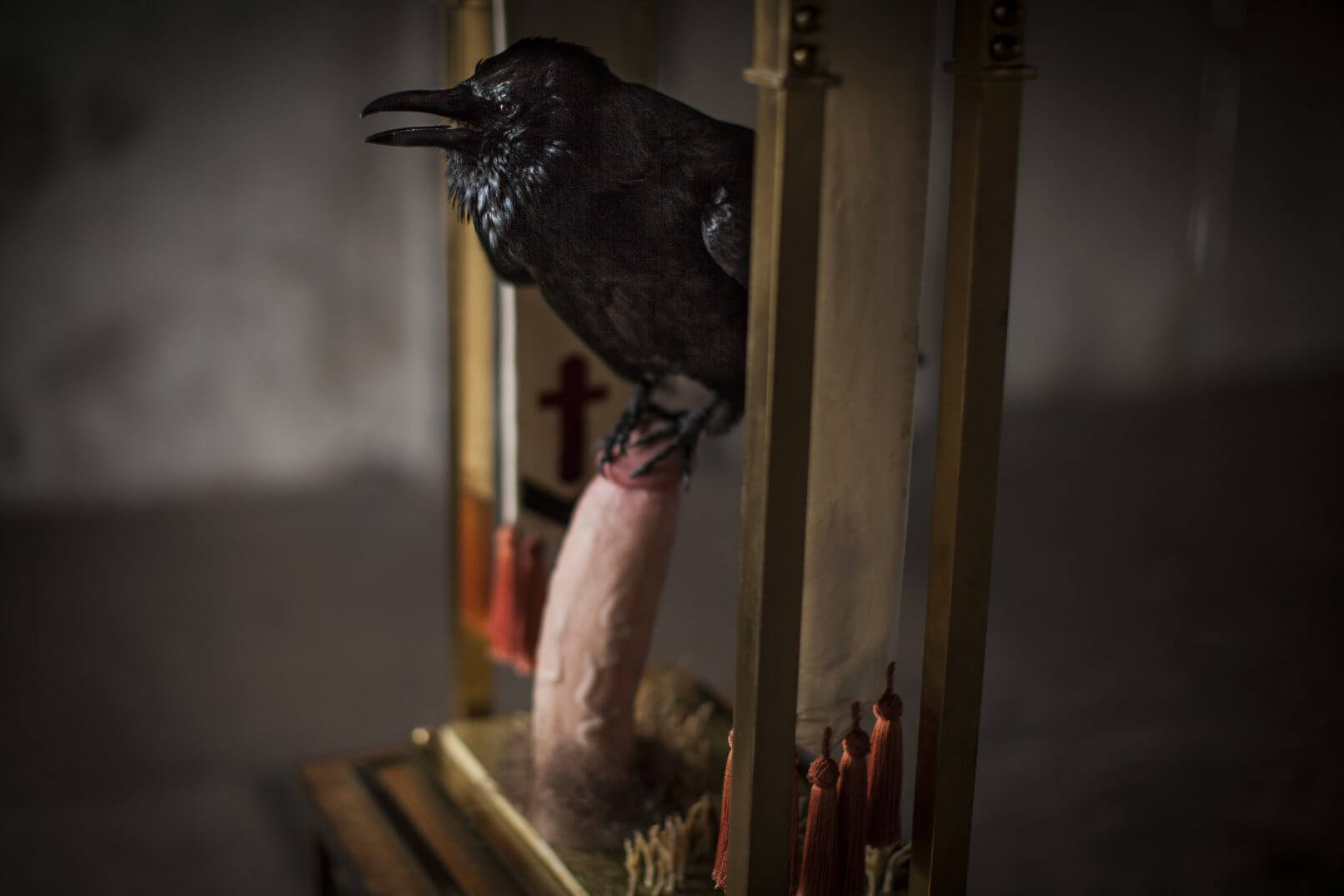 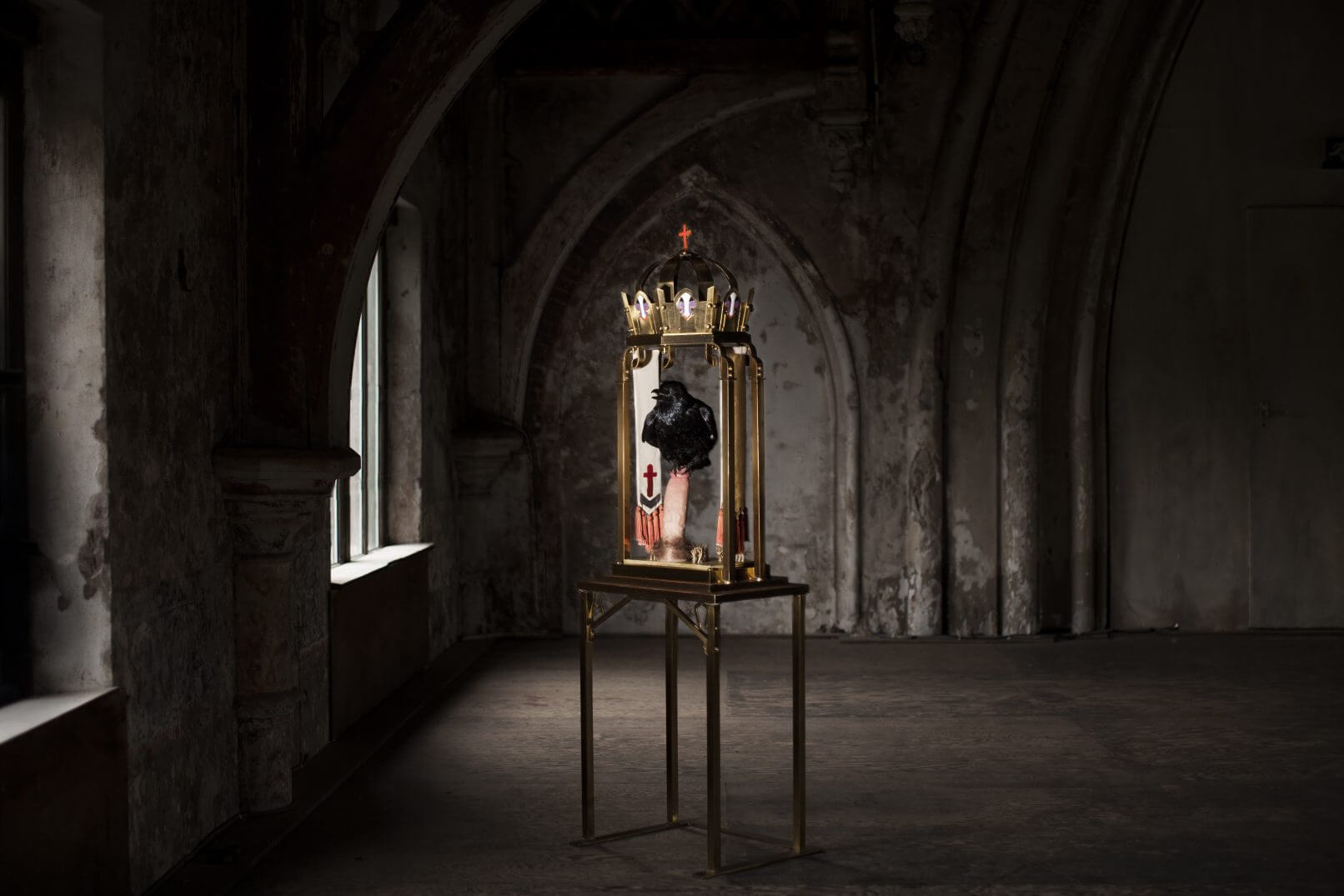 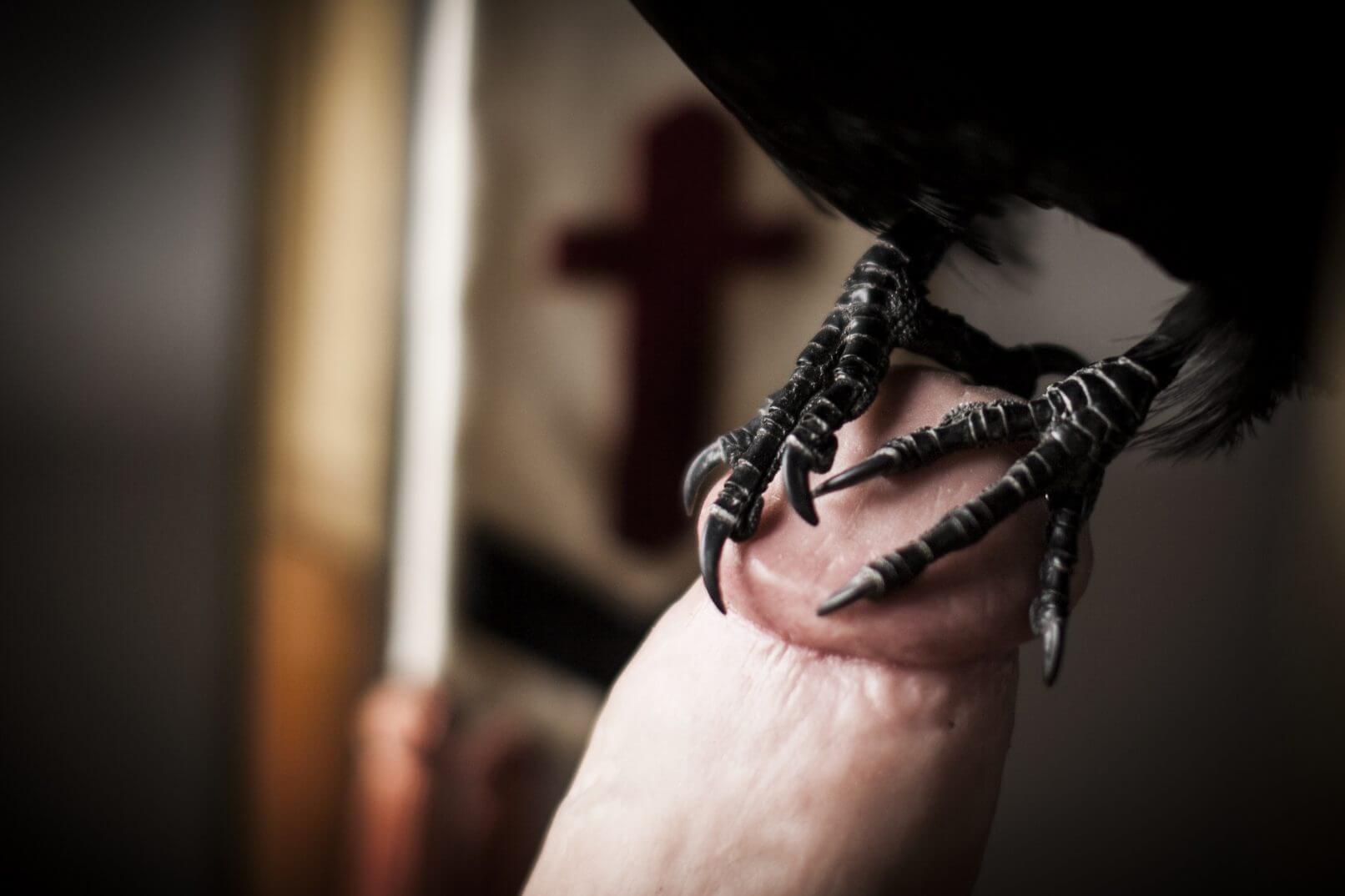 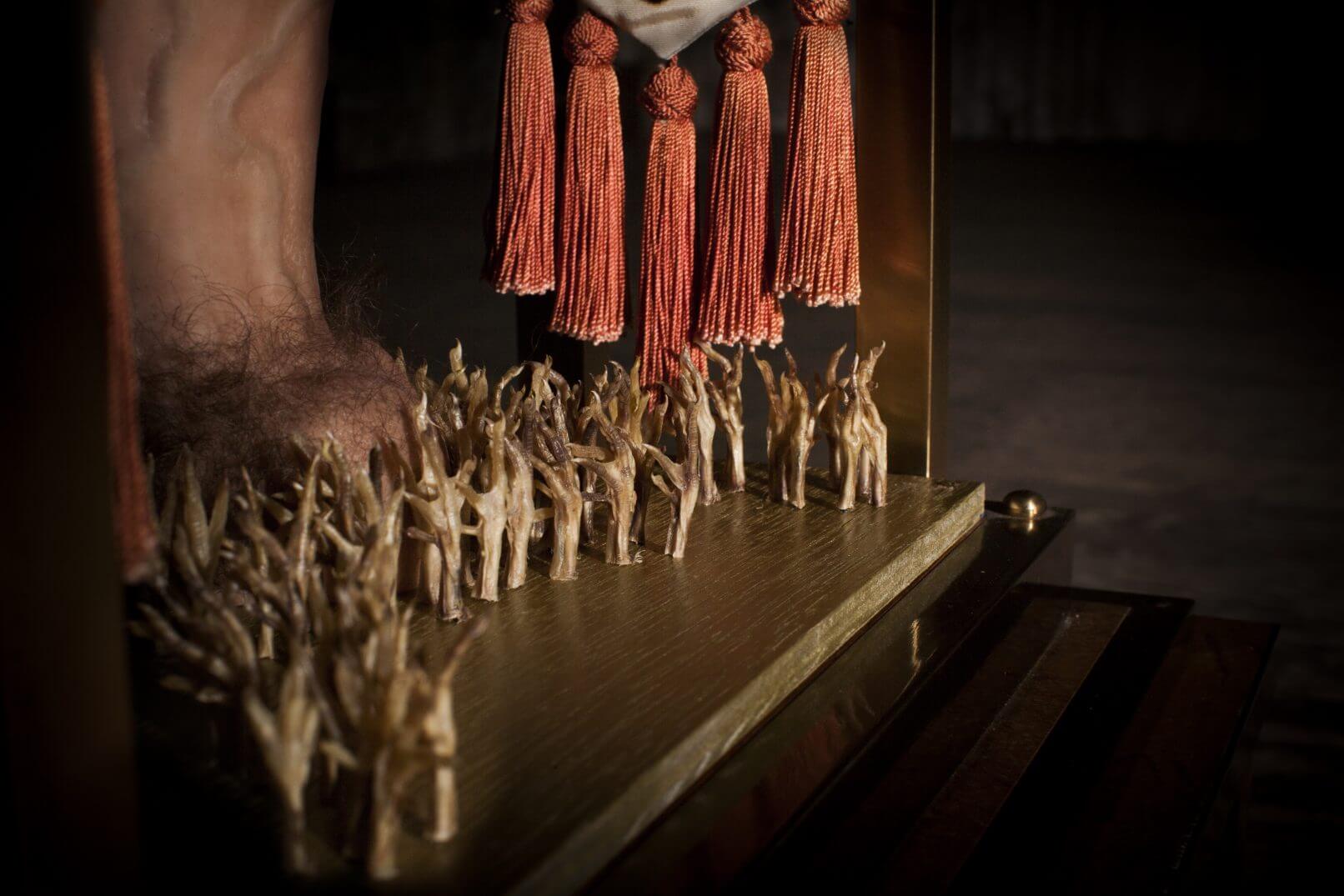